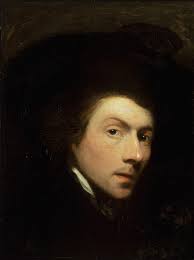 Gilbert Stuart was both a great artist and a great procrastinator. His iconic portrait of George Washington is best known for being unfinished.

In 1822, my Great-great-great-great grandfather James Perkins sat to have his portrait painted by the well-known portraitist. The two were good friends and James, being a very prosperous China trader, had a cellar full of excellent Madeira wine which they both enjoyed. Presumably, the portrait was coming along quite well as they spent considerable time together.

Unfortunately for both the artist and the sitter, James contracted pneumonia and died rather suddenly on the first day of August.

Shortly afterwards, James’s brother, “Colonel” Thomas Handasyd Perkins, called at the studio, expecting to see the portrait almost complete. He found only an initial sketch on the easel, and Colonel Perkins was outraged. Stuart did his best to explain the situation, but Tom stormed out, “Very well, Mr. Stuart, you have inflicted an irreplaceable loss by your dilatoriness, and I shall never enter your studio again!” The words had particular effect as Thomas Handasyd Perkins was the richest man in Boston, and the acknowledged leader of the Brahmin caste.

Stuart worked feverishly from memory for the next several weeks.
Meeting Colonel Perkins by chance in the street, he begged him to reconsider and visit his studio.

Tom finally relented; “I entered the studio, and there on the easel I saw the perfect portrait of my dear brother, which (pointing to the picture on the wall) now hangs before you.”

Some years later the Trustees of the Boston Athenaeum commissioned Stuart to paint a portrait of Colonel Perkins to hang alongside the copy of the James Perkins portrait which they had commissioned.

In July of 1828, it was the Trustees who were outraged by Stuart’s dilatory nature when Stuart died, deeply in debt as usual, and the unfinished portrait of Colonel Perkins which they found in the studio was deemed by the executors of the estate to be not the commissioned painting, but another portrait promised for the Colonel’s widow. 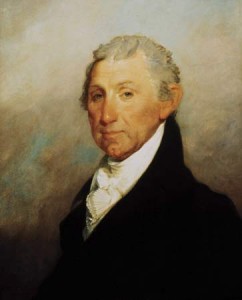 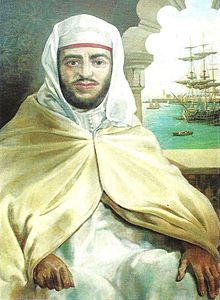