When the Second Virginia Convention convened at St. John’s Church in Richmond, Virginia in 1775 many of the delegates (which included Thomas Jefferson and George Washington) were unsure how to best assert their rights. Royal Governor Lord Dunmore had dissolved their House of Burgesses following its declaration of support for Massachusetts after the punitive Boston Port Act had been enacted by Parliament. 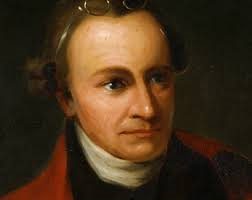 Patrick Henry rose and put forward a resolution that the colony immediately be put in a “state of defense.” More moderate delegates objected, arguing that military preparations would undercut any hope of reconciling with Great Britain. Again, Henry rose to speak:

“Gentlemen may cry peace, peace—but there is no peace. The war is actually begun! The next gale that sweeps the north will bring to our ears the clash of resounding arms! Our brethren are already in the field! Why stand we here idle? What is it that gentlemen wish? What would they have? Is life so dear, or peace so sweet, as to be purchased at the price of chains and slavery?

Forbid it, Almighty God! I know not what course others may take; but as for me,” cried he, with both his arms extended aloft, his brows knit, every feature marked with the resolute purpose of his soul, and his voice swelled to its boldest note of exclamation—“give me liberty, or give me death!”

According to Edmund Randolph, the convention sat in silence for several minutes. Then the resolution passed, and Henry was named chairman of the committee assigned to build a militia.

Lord Dunmore reacted by seizing the gunpowder in the public magazine at Williamsburg. The war was on.