To the Honorable, the Members of the Senate of the Sixth-sixth General Assembly:

I herewith return, without my approval, Senate Bill No. 93, entitled, “An Act to Provide Protection to Insectivorous Birds by Restraining Cats.” This is the so-called “Cat Bill.” I veto and withhold my approval from this Bill for the following reasons: 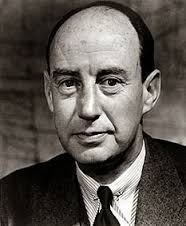 It would impose fines on owners or keepers who permitted their cats to run at large off their premises. It would permit any person to capture or call upon the police to pick up and imprison, cats at large. It would permit the use of traps. The bill would have statewide application — on farms, in villages, and in metropolitan centers.

This legislation has been introduced in the past several sessions of the Legislature, and it has, over the years, been the source of much comment — not all of which has been in a serious vein. It may be that the General Assembly has now seen fit to refer it to one who can view it with a fresh outlook. Whatever the reasons for passage at this session, I cannot believe there is a widespread public demand for this law or that it could, as a practical matter, be enforced.

Furthermore, I cannot agree that it should be the declared public policy of Illinois that a cat visiting a neighbor’s yard or crossing the highway is a public nuisance. It is in the nature of cats to do a certain amount of unescorted roaming. Many live with their owners in apartments or other restricted premises, and I doubt if we want to make their every brief foray an opportunity for a small game hunt by zealous citizens — with traps or otherwise. I am afraid this Bill could only create discord, recrimination and enmity. Also consider the owner’s dilemma: To escort a cat abroad on a leash is against the nature of the cat, and to permit it to venture forth for exercise unattended into a night of new dangers is against the nature of the owner. Moreover, cats perform useful service, particularly in rural areas, in combating rodents — work they necessarily perform alone and without regard for property lines.

We are all interested in protecting certain varieties of birds. That cats destroy some birds, I well know, but I believe this legislation would further but little the worthy cause to with its proponents give such unselfish effort. The problem of cat versus bird is as old as time. If we attempt to resolve it by legislation why knows but what we may be called upon to take sides as well in the age old problems of dog versus cat, bird versus bird, or even bird versus worm. In my opinion, the State of Illinois and its local governing bodies already have enough to do without trying to control feline delinquency.

For these reasons, and not because I love birds the less or cats the more, I veto and withhold my approval from Senate Bill No. 93.
Respectfully,
ADLAI E. STEVENSON, Governor