Sir, I freely and cheerfully acknowledge, that I am of the African race, and in that color which is natural to them of the deepest dye; and it is under a sense of the most profound gratitude to the Supreme Ruler of the Universe, that I now confess to you, that I am not under that state of tyrannical thraldom, and inhuman captivity, to which 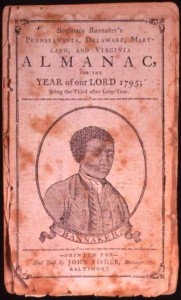 too many of my brethren are doomed, but that I have abundantly tasted of the fruition of those blessings, which proceed from that free and unequalled liberty with which you are favored; and which, I hope, you will willingly allow you have mercifully received, from the immediate hand of that Being, from whom proceedeth every good and perfect Gift.

Sir, suffer me to recall to your mind that time, in which the arms and tyranny of the British crown were exerted, with every powerful effort, in order to reduce you to a state of servitude : look back, I entreat you, on the variety of dangers to which you were exposed; reflect on that time, in which every human aid appeared unavailable, and in which even hope and fortitude wore the aspect of inability to the conflict, and you cannot but be led to a serious and grateful sense of your miraculous and providential preservation; you cannot but acknowledge, that the present freedom and tranquility which you enjoy you have mercifully received, and that it is the peculiar blessing of Heaven.

This, Sir, was a time when you clearly saw into the injustice of a state of slavery, and in which you had just apprehensions of the horrors of its condition. It was now that your abhorrence thereof was so excited, that you publicly held forth this true and invaluable doctrine, which is worthy to be recorded and remembered in all succeeding ages :

“We hold these truths to be self-evident, that all men are created equal; that they are endowed by their Creator with certain unalienable rights, and that among these are, life, liberty, and the pursuit of happiness.”

Here was a time, in which your tender feelings for yourselves had engaged you thus to declare, you were then impressed with proper ideas of the great violation of liberty, and the free possession of those blessings, to which you were entitled by nature; but, Sir, how pitiable is it to reflect, that although you were so fully convinced of the benevolence of the Father of Mankind, and of his equal and impartial distribution of these rights and privileges, which he hath conferred upon them, that you should at the same time counteract his mercies, in detaining by fraud and violence so numerous a part of my brethren, under groaning captivity and cruel oppression, that you should at the same time be found guilty of that most criminal act, which you professedly detested in others, with respect to yourselves.

I suppose that your knowledge of the situation of my brethren, is too extensive to need a recital here; neither shall I presume to prescribe methods by which they may be relieved, otherwise than by recommending to you and all others, to wean yourselves from those narrow prejudices which you have imbibed with respect to them, and as Job proposed to his friends, “put your soul in their souls’ stead;” thus shall your hearts be enlarged with kindness and benevolence towards them; and thus shall you need neither the direction of myself or others, in what manner to proceed herein.