In late June 1561, an Indian boy named Paquiquineo was spending his day as he usually did by the shores of the Chesapeake Bay, when a Spanish caravel sailed near and the crew called out to him, looking for fresh water. Paquiquineo pointed the ship towards his village where they could resupply. 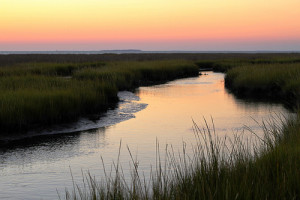 When the ship landed, the captain regaled the natives with gifts of food and clothing, and, learning that Paquiquineo was the son of the local chief, asked the chief for permission to take his son to meet the king of Spain. The chief agreed.

The ship soon sailed back to Europe with Paquiquineo on board. He landed in Portugal, and then traveled to Seville, where the captain bought him a fine suit of clothes (he was after all, a “princely person”), and then presented the lad to King Philip II at the court in Madrid.

Philip was duly impressed and ordered that Paquiquineo—who up to this point had resisted conversion—join a Dominican mission back to his homeland. After spending the winter in Spain, Paquiquineo sailed at the end of May 1562.

The plan was to make a brief stop in New Spain. They arrived near Veracruz and then visited Mexico City, where Paquiquineo became violently ill. Only on the brink of death did he consent to baptism, at which point he quickly recovered and took the Christian name “Don Luís de Velasco” after the viceroy of New Spain.

The Spanish authorized a ship on its way back to Spain to drop off the Dominicans at the Chesapeake Bay, but because of the Paquiquineo’s illness he missed the boat. It wasn’t until 1565 that another opportunity arose to return home. The Spaniards had just founded Saint Augustine in Florida, and now they were moving north. First, they would secure the Point of Santa Elena and then build a fort on the Chesapeake Bay. “Don Luís” (Paquiquineo) was summoned to Havana – he was almost home!

By August 14, the ship he was aboard had made its way north to Chincoteague Bay, but then a fierce storm blew it out to sea. After repeated storms and failed landings, the ship’s pilot headed east to Spain. “Don Luís” spent the next four years back in Seville.
In the meantime, the Jesuit leader Father Juan Baptista de Segura planned a new mission to the Chesapeake Bay. Although he had described La Florida as “one long pile of sand” and the Indians who lived there as “beasts,” he nevertheless believed the Indians could and should be converted through peaceful means, and he could use an interpreter to make that happen.

Sometime in the middle of 1570, Paquiquineo arrived back in Havana. In August the missionaries headed north, stopping at Santa Elena where a teenager, Alonso de Olmos, joined the mission as an altar boy, and then they continued towards Virginia.

On September 10, 1570, after nine long years, Paquiquineo finally made it home to the Chesapeake Bay. His family was ecstatic; they thought he “had risen from the dead and come down from heaven,” and they begged the missionaries to stay.

The Jesuits built two small structures, but Paquiquineo only slept in their hut for two nights. He moved back in with his brothers in another village and stopped responding to Father Segura’s pleas for help in securing food or in communicating with the Indians. In February 1571, Segura sent three Jesuit brothers out to find Paquiquineo.

On February 4, Paquiquineo met up with the three Jesuits, and he killed them. He then traveled to the mission, where he raised his club in greeting to Father Segura, and then killed him. Then he and his companions slaughtered the remaining Spaniards with their own axes, leaving only the altar boy, Alonso de Olmos, alive.

A Spanish relief ship which stopped by the following summer found no trace of the Jesuits, so a military expedition was sent to the James River in August 1572. When the soldiers landed, they found an Indian wearing a Eucharist paten as an ornament around his neck. They swiftly hung him, along with several other Indians, from the ship’s yardarms.

The Indians returned the altar boy Alonso de Olmos who had been living with them for the past two years, but Paquiquineo, the man the Spaniards had known as “Don Luís”, was nowhere to be found.