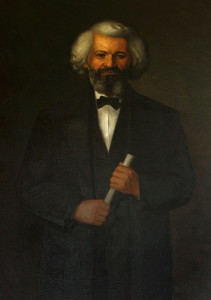 are now inside of all and are a recognized part of the whole American people. Why, then, do they hold Colored National Conventions and thus insist upon keeping up the color line between themselves and their white fellow countrymen?

We do not deny the pertinence and plausibility of these questions, nor do we shrink from a candid answer to the argument which they are supposed to contain. For we do not forget that they are not only put to us by those who have no sympathy with us, but by many who wish us well, and that in any case they deserve an answer …

If liberty, with us, is yet but a name, our citizenship is but a sham, and our suffrage thus far only a cruel mockery, we may yet congratulate ourselves upon the fact, that the laws and institutions of the country are sound, just and liberal.

There is hope for a people when their laws are righteous, whether for the moment they conform to their requirements or not. But until this nation shall make its practice accord with its Constitution and its righteous laws, it will not do to reproach the colored people of this country with keeping up the color line–for that people would prove themselves scarcely worthy of even theoretical freedom, to say nothing of practical freedom, if they settled down in silent, servile and cowardly submission to their wrongs, from fear of making their color visible. They are bound by every element of manhood to hold conventions, in their own name, and on their own behalf, to keep their grievances before the people and make every organized protest against the wrongs inflicted upon them within their power. They should scorn the counsels of cowards, and hang their banner on the outer wall.