Joseph P. Kennedy was a recent Harvard grad who had just taken control of the Columbia Trust Bank and become the 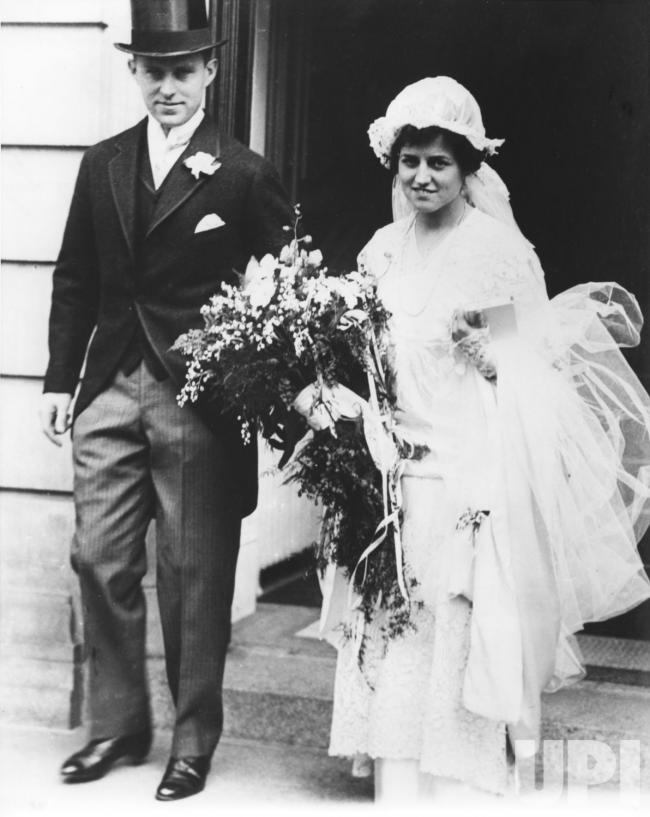 Rose and Joe had first met at Old Orchard Beach in Maine, vacationing as children. They met again as teenagers and romance quickly blossomed into dating. Now their wedding was front page news, the wedding of the season for the “Lace Curtain” Boston Irish.

Cardinal O’Connell officiated in the chapel of his residence in Kenmore Square while the parents of the couple beamed in approval. Agnes Fitzgerald served as maid of honor for the bride, while another sister, Eunice looked on. Joseph Donovan, a close friend and Harvard classmate served as best man.

Following the ceremony, the couple posed for newsmen who gathered outside the Cardinal’s residence. The couple smiled heartily for the occasion and then returned to the Fitzgerald family home in Dorchester for a reception. Then they took off for a two week honeymoon at White Sulphur Springs in Virginia.

Joe would make his mark in the stock market, as a bootlegger, as Ambassador, but most notably as the progenitor of a most remarkable dynasty. Rose was the rock of the family – she never missed Sunday mass.

Their marriage off 55 years ended when Joe passed away on November 18, 1969 in Hyannis; he was 81. Rose would live on for another twenty-five years; she outlived four of her children and passed away on January 18, 1995 at the age of 104.