Sam McCulloch settled on land along the Lavaca River in present-day Jackson County, Texas in 1835, just before the Texas Revolution broke out. He was a free black man, and eager to protect his liberty.

He joined the Matagorda Volunteer Company, and on October 9 his company headed out to storm the Mexican officers’ 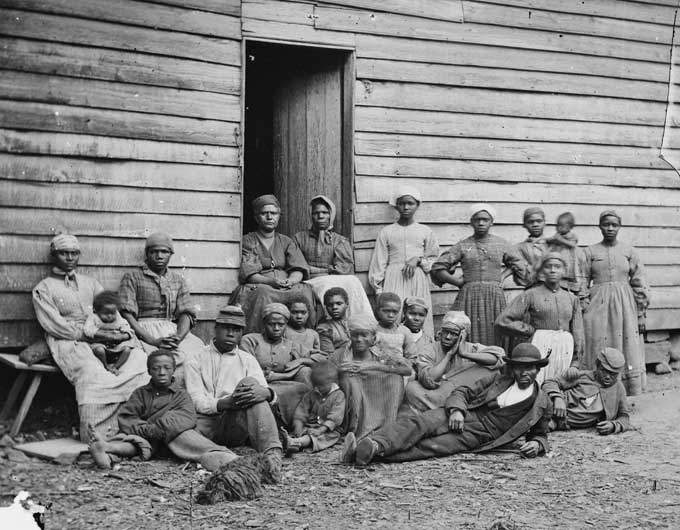 quarters in Goliad. It wasn’t a huge battle, but Sam was slammed by a musket ball that shattered his right shoulder, which earned him a proud place in history as the first casualty of the Texas Revolution.

His status as a free African American disabled war veteran also quickly became a thorny issue for the young Texas government. Since Sam Jr. had arrived in Texas before it became an independent republic, he was considered a free Mexican citizen and therefore entitled to land. As an honored and disabled military veteran of the Republic of Texas, he was also entitled to land, regardless of his race.

However, due to the recently passed “Act Concerning Free Persons of Color”, the law said that Sam had to leave the state, petition for an exemption, or be sold into slavery.

McCulloch’s June 1837 petition to the Texas Congress made clear his rock-and-a-hard place situation:

“Sam McCulloch unhappily finds that the Laws of the Country for the Independence of which he has fought and bled…he is deprived of the privileges of citizenship by reason of an unfortunate admixture of African blood…nor can he, without the beneficent action of Congress, receive the lands to which he was entitled under the Mexican government. Your petitioner [Samuel McCulloch] further asks…that he and his children be allowed to enjoy the privileges of citizenship in this Republic.”

Two years later, on December 15, 1840, the leaders of Texas signed an exemption to An Act Concerning Free Persons of Color and allowed Sam and his family to remain in the Republic.

“Be it enacted by the Senate and the House of Representatives of the Republic of Texas…That Samuel McCulloch, jr., and his three sisters…Jane, Harriet and Mahaly, and their descendants, better known as the free children of Samuel McCulloch, senr., now in the Republic of Texas… be…exempted from all provisions of “an act concerning free persons of color.”

“Be it further enacted, that the previously mentioned free persons…are permitted and allowed to continue their residence within the bounds of the Republic of Texas.