“The first ten amendments, the great American charter of personal liberty and human dignity, became a part of the Constitution of the United States on the fifteenth day of December, 1791. 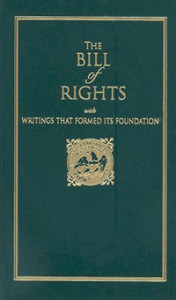 It is fitting that the anniversary of its adoption should be remembered by the Nation which, for one hundred and fifty years, has enjoyed the immeasurable privileges which that charter guaranteed: the privileges of freedom of religion, freedom of speech, freedom of the press, freedom of assembly, and the free right to petition the Government for redress of grievances.

It is especially fitting that this anniversary should be remembered and observed by those institutions of a democratic people which owe their very existence to the guarantees of the Bill of Rights: the free schools, the free churches, the labor unions, the religious and educational and civic organizations of all kinds which, without the guarantee of the Bill of Rights, could never have existed; which sicken and disappear whenever, in any country, these rights are curtailed or withdrawn.

The fifteenth day of December, 1941, is therefore set apart as a day of mobilization for freedom and for human rights, a day of remembrance of the democratic and peaceful action by which these rights were gained, a day of reassessment of their present meaning and their living worth.

Those who have long enjoyed such privileges as we enjoy forget in time that men have died to win them. They come in time to take these rights for granted and to assume their protection is assured. We, however, who have seen these privileges lost in other continents and other countries can now appreciate their meaning to those people who enjoyed them once and now no longer can. We understand in some measure what their loss can mean. And by that realization we have come to a clearer conception of their worth to us, and to a stronger and more unalterable determination that here in our land they shall not be lost or weakened or curtailed.

It is to give public expression and outward form to that understanding and that determination that we are about to commemorate the adoption of the Bill of Rights and rededicate its principles and its practice.”