As recent events at Princeton have shown, President Woodrow Wilson’s character continues to provoke controversy today, one hundred and fifty-nine years after his birth.

What made Woodrow Wilson so difficult? Sigmund Freud and William Bullitt tried to analyze the President in the nineteen thirties, and this is what they found: 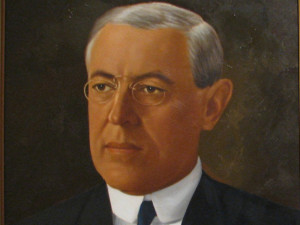 “Little Tommy” Wilson was raised in the South during and after the Civil War by a father who adored him, and a mother who was an “under-vitalized woman.”  He “never had a fist-fight in his life” and he developed the “ego of a little boy who has no sister.”

In his childhood Wilson became infatuated with William Gladstone, the liberal prime minister of England. Freud and Bullitt reckoned the British liberal became “the incomparable father of his early childhood” and so “adolescent Tommy” then “destroyed Mr. Gladstone by the cannibalistic method of identification and announced: ‘That is Gladstone, the greatest statesman that ever lived. I intend to be a statesman, too.’” 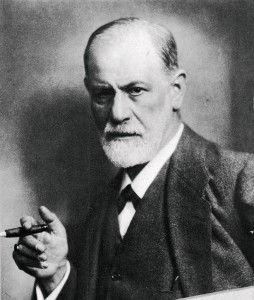 He ended up with a complex: The God whom Thomas Woodrow Wilson went on to worship to the end of his days, was his own father, Reverend Joseph Ruggles Wilson.  And “If his father was God, he himself was God’s Only Beloved Son, Jesus Christ.”
His tyrannical superego could never be satisfied with any success. No rung up the ladder was high enough, not even the presidency of the United States; he had to become Savior of the World …

“Wilson,” Freud wrote, “repeatedly declared that mere facts had no significance for him.” “Noble intentions” were what counted. Thus, while Wilson came to France intent on bringing a “just and lasting peace” to Europe, he “put himself in the deplorable position of the benefactor who wishes to restore the eyesight of a patient but does not know the construction of the eye and has neglected to learn the necessary methods of operation.”

“His (Wilson’s) mental life from April to September 1919, when he collapsed completely and permanently, was a wild flight from fact. The mental disintegration is an additional indication that in the second week of April 1919 he could not face his femininity and fear but merely embraced with finality the rationalizations which enabled him to avoid looking at the truth. At the crisis of his life he was in fact overwhelmed once more by his passivity to his father and by fear.

In short, President Woodrow Wilson was a neurotic who was dominated by his father, overprotected by his mother, and who lacked the masculine will to carry out his policies.