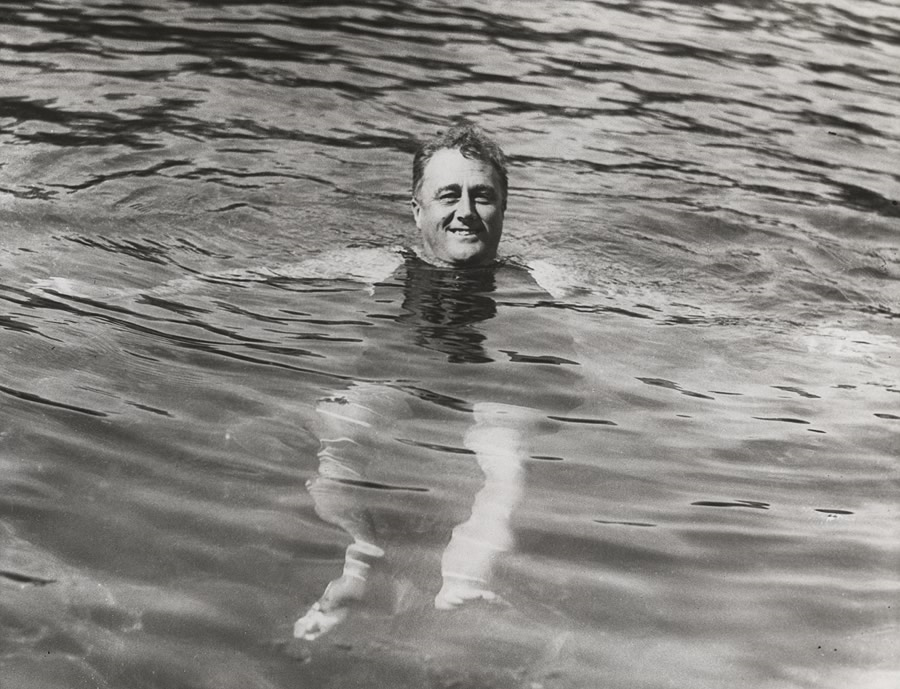 Well, I did not know what to do about it. I had not the faintest idea. They assumed, of course, that I was a doctor and a lot of people since then have assumed that I am a doctor. So, in the meanwhile, we put Fred to bed and we put the lady to bed and in the morning they came down to the pool. Fred—I wish you could have seen him. I thought he was in the advanced stages of tuberculosis so I got Dr. Johnson to come over from Manchester to look him over because I thought we would have to do more than send for a doctor.

Well, the doctor said that fundamentally, although he could not move a leg or an arm, there was nothing the matter with him. So we put him in the pool and he sank. So we got Fred a life preserver and from that time on he sort of floated gaily around the pool. Mind you, that was the public pool; we did not have any patients’ pools in those days. And the two hundred pound lady? We put her in the pool and she floated. In fact, she floated high.

Well, of course we had to give them the exactly diametric opposite of my treatment. We had to feed eggs and cream and all sorts of things to Fred to put flesh on his bones and, as to the lady, we had feed her just as little as possible.

So, as the days and weeks went by, old Dr. Roosevelt, who did not know anything about it at all, finally persuaded Fred to see if he could not get his legs down to the bottom of the pool. That was easy, because they did not have any flesh on them anyway.

But, when it came to the lady, that was different. Old Dr. Roosevelt put the lady alongside the edge of the pool—there was a hand rail there—and I said, “Just concentrate. Use your mind. Just think about getting that leg down to the bottom of the pool.” Well, she would get about half way down and then I would take hold of her right leg and push a little and push a little and finally got the whole leg down to the bottom of the pool. And finally I said, ‘Concentrate and hold it there.’ And then, gently, I would move over to get the left leg down and as I moved the left leg down up came the right leg.

So you see these girls who think they are physiotherapists don’t know anything about it. I invented it first.