April 6, 1830: The Conservative Party Moves to Halt Illegal Immigration across the Mexican Border 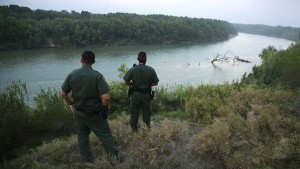 The border seemed terribly porous – public order was breaking down – these newcomers were threatening the old way of life – they had no regard for the laws of the sovereign state – the security of the legitimate native-born residents of Texas was increasingly threatened.

With support from President Anastasio Bustamante, the Mexican congress played its trump card and passed “The Law of April 6, 1830” which addressed this issue head on:

• The government was authorized to take lands suitable for fortification or arsenals, and funds were allocated to construct fortifications.
• The introduction of foreigners across the northern frontier was prohibited under any pretext whatsoever, unless the foreigners had proper documentation – a valid passport issued by the agent of the republic of their origin.
• It was prohibited that emigrants from nations bordering on this republic settle in the states or territory adjacent to their own nation. All contracts not already completed and not in harmony with the law were suspended.
• The government was authorized to expend five hundred thousand pesos in the construction of fortifications and settlements on the frontier.
• Convicts would be sent to Texas to build fortifications and roads.
• Mexican settlements in Texas were encouraged and subsidized as a counter-measure.
• The government was instructed to regulate the establishment of the new colonies, and to present to Congress, within a year, a record of the emigrants and immigrants established under the law, with an estimate of the increase of population on the frontier.