After all, Sir, we must submit to this idea, that the true principle of a republic is, that the people should choose whom they please to govern them. Representation is imperfect, in proportion as the current of popular favor is checked. This great source of free government, popular election, should be perfectly pure, and the most unbounded liberty allowed. 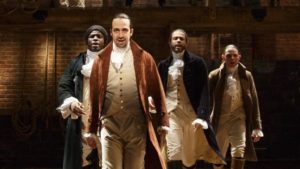 Where this principle is adhered to; where, in the organization of government, the legislature, executive, and judicial branches are rendered distinct; where again the legislature is divided into separate houses, and the operations of each are controlled by various checks and balances, and above all, by the vigilance and weight of the state governments; to talk of tyranny, and the subversion of our liberties, is to speak the language of enthusiasm.

This balance between the national and state governments ought to be dwelt on with peculiar attention, as it is of the utmost importance. It forms a double security to the people. If one encroaches on their rights, they will find a powerful protection in the other, indeed they will both be prevented from overpassing their constitutional limits, by a certain rivalship, which will ever subsist between them.

I am persuaded, that a firm union is as unnecessary to perpetuate our liberties, as it is to make us respectable; and experience will probably prove, that the national government will be as natural a guardian of our freedom, as the state legislatures themselves.