July 15, 1904: First Buddhist Temple is established in US

When the Rev. Junjyo Izumida arrived in Los Angeles in 1904 it immediately became clear that there was a real need for a spiritual home for all the working-class Japanese who had recently begun immigrating to Los Angeles. Reverend Izumida also recognized that Jodo Shinshu Buddhism was open, not only to Japanese immigrants, but to all people in Los Angeles. 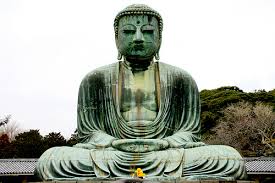 With his bilingual leadership skills he set about founding the first Buddhist Temple in the United States. The Temple was located on 4th Street in Little Tokyo and named the Rafu Bukkyokai (the Los Angeles Buddhist Mission). In 1911, the Temple moved to Boyle Heights, and it became a Higashi Honganji branch Temple in 1921.
In the following decade the Japanese population grew rapidly and Rev. Izumida drove around LA in a Model-T Ford, conducting howakais (Dharma gatherings) to bring the teachings beyond the Temple into the city’s neighborhoods, enlarging the Sangha. By 1930, with the Japanese population numbering 35,000, Higashi Honganji’s activities expanded to include Sunday School, day care, and a women’s association.

The Temple finances were hard hit during the Great Depression, but the Temple held together, and then during World War II, Reverend Izumida and his flock of Issei were sent to the concentration camp at Manzanar. Friends of the Temple safe guarded members’ possessions while they were forced out of their homes. Even from the camps, members still contributed, sending what funds they could to keep the Temple going, and continued to hold services at Manzanar to maintain the Buddhist traditions.

After the War the temple helped the community get back on its feet, serving as a hostel for members until they found their own homes and starting new activities such as sewing and cooking classes. The Junior YBA (Young Buddhist Association) grew; the Fujinkai (women’s association) was formalized; and the first carnival was held to raise funds for improvements to the temple building.
With the backdrop of the major social change movements in America during the 60’s and 70’s, scholarly developments laid the groundwork that would affect the future of Higashi Honganji. Major sutras and other historical texts from the Jodo Shinshu tradition were translated into English for the first time. Temple leaders planned retreats and lectures on the teachings of Shinran Shonin, incorporating English for those in the Sangha who had grown up in America, and Buddhism in all its forms found broader receptivity throughout the United States.

Today the Higashi Honganji Temple remains an open Sangha welcoming anyone who wishes to learn more about the Jodo Shinshu tradition of Buddhism.  It continues to serve as an active community center, where the Dharma displays its adaptability to different cultures and times, and invites all to Walk the Path of the Nembutsu.