Watching the daybreak and sunrise. The pale rose and purple sky changing softly to daffodil yellow and white, sunbeams pouring through the passes between the peaks and over the Yosemite domes, making their edges burn; the silver firs in the middle ground catching the glow on their spiry tops, and our camp grove fills and thrills with the 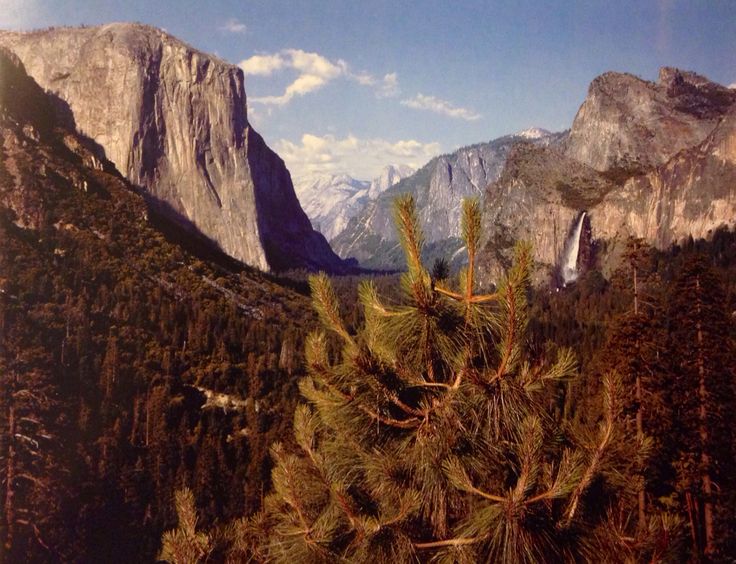 glorious light. Everything awakening alert and joyful; the birds begin to stir and innumerable insect people. Deer quietly withdraw into leafy hiding-places in the chaparral; the dew vanishes, flowers spread their petals, every pulse beats high, every life cell rejoices, the very rocks seem to thrill with life. The whole landscape glows like a human face in a glory of enthusiasm, and the blue sky, pale around the horizon, bends peacefully down over all like one vast flower.

About noon, as usual, big bossy cumuli began to grow above the forest, and the rain storm pouring from them is the most imposing I have yet seen. The silvery zigzag lightning lances are longer than usual, and the thunder gloriously impressive, keen, crashing, intensely concentrated, speaking with such tremendous energy it would seem that an entire mountain is being shattered at every stroke, but probably only a few trees are being shattered, many of which I have seen on my walks hereabouts strewing the ground. At last the clear ringing strokes are succeeded by deep low tones that grow gradually fainter as they roll afar into the recesses of the echoing mountains, where they seem to be welcomed home…

How interesting to trace the history of a single raindrop! It is not long, geologically speaking, as we have seen, since the first raindrops fell on the newborn leafless Sierra landscapes. How different the lot of these falling now! Happy the showers that fall on so fair a wilderness, –scarce a single drop can fail to find a beautiful spot, –on the tops of the peaks, on the shining glacier pavements, on the great smooth domes, on forests and gardens and brushy moraines, plashing, glinting, pattering, laving.

Some go to the high snowy fountains to swell their well-saved stores; some into the lakes, washing the mountain windows, patting their smooth glassy levels, making dimples and bubbles and spray; some into the water-falls and cascades, as if eager to join in their dance and song and beat their foam yet finer; good luck and good work for the happy mountain raindrops, each one of them a high waterfall in itself, descending from the cliffs and hollows of the clouds to the cliffs and hollows of the rocks, out of the sky-thunder into the thunder of the falling rivers.

Some, falling on meadows and bogs, creep silently out of sight to the grass roots, hiding softly as in a nest, slipping, oozing hither, thither, seeking and finding their appointed work.

Some, descending through the spires of the woods, sift spray through the shining needles, whispering peace and good cheer to each one of them.

Some drops with happy aim glint on the sides of crystals, –quartz, hornblende, garnet, zircon, tourmaline, feldspar, –patter on grains of gold and heavy way-worn nuggets; some, with blunt plap-plap and low bass drumming, fall on the broad leaves of veratrum, saxifrage, cypripedium.

Some happy drops fall straight into the cups of flowers, kissing the lips of lilies…