It was not an ordinary summer Monday in the Berkshire Hills of Massachusetts.

The local Baptist preacher John Leland had just announced from his pulpit that every Republican milk cow in Cheshire was called upon to produce their milk for the day, and the good farmers of the town should deliver that milk to Elisha Brown’s cider mill. Great care was to be taken to keep the collection free from any Federalist impurities. 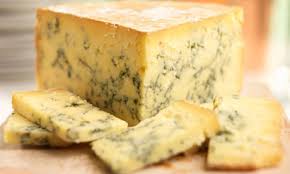 And so every good Jeffersonian from the town hastened to the cider mill where the cream from nine hundred cows was passed to the most accomplished dairy women of the town who placed the curd within a giant cheese hoop which the local blacksmith had reinforced with iron bands, A giant screw slowly descended on the hoop to press the cheese and soon streams of foaming whey descended to the ground.

By the end of the day, a giant cheese was more than four feet in diameter, thirteen feet in circumference, and seventeen inches in height had been produced. Once cured, it weighed 1,235 pounds.
Elder Leland dedicated the giant cheese to  Thomas Jefferson, President of the United States of America, and Jefferson’s favorite motto was emblazoned in red on the side, “Rebellion to tyrants is obedience to God”. A hymn was sung and the assemblage blessed and all returned to their homes.

That fall the great cheese made its journey to Washington from Massachusetts in a wagon drawn by six horses and bearing the label “The greatest cheese in America for the greatest man in America”.

The cheese arrived in Washington in time for New Year’s Day when the Cheshire folk presented President Jefferson with the giant cheese and assured him (even though the president was a slaveholder) that the cheese was produced “by the personal labor of Freedom Farmers, with the voluntary and cheerful aid of their wives and daughters, without the assistance of a single slave.”:

President Jefferson thanked the people of Cheshire saying “I shall ever esteem this occasion as one of the happiest in my history”.

The steward of the White House then began to cut the giant cheese. Great slices were served up with bread to the President, his Cabinet, and various diplomatic representatives.

The Cheshire cheese is said to have lingered in the executive mansion for 2 or 3 years, and was at times pulled out and displayed at Republican functions. Finally, it is said, its remnant was thrown into the Potomac.