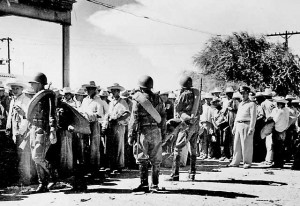 Sixty years ago, when Dwight Eisenhower moved into the White House, America’s southern frontier was as porous as a colander. Three million illegal migrants had walked or waded across the border looking for jobs in California, Arizona, or Texas, and more were coming in from Mexico every day.

Farmers and ranchers along the border had become so dependent on the low-cost labor that it was hurting domestic workers – cotton pickers in the Rio Grande Valley now earned about half the wages paid elsewhere in the state.

Ike was concerned not only by the illegal border-crossings, but also by corruption. Apparently, some ranchers had friends among immigration officials. Agents complained that when they searched farms and ranches, a phone call to officials in El Paso would be made, and a politician would intervene.

In 1954, Ike appointed retired Gen. Joseph “Jumpin’ Joe” Swing, a West Point classmate and veteran of the 101st Airborne, as the new INS commissioner. Senators Lyndon B. Johnson of Texas and Pat McCarran of Nevada were dead set against strong border enforcement, but General Swing’s close connections to the president shielded the Border Patrol from meddling by powerful interests, and one of Swing’s first acts was to transfer certain entrenched immigration officials away from the border to regions where their political connections would have no effect. 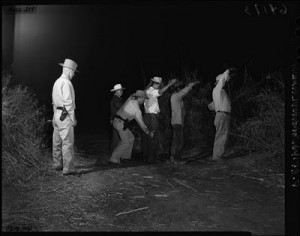 Then on June 17, 1954, 750 agents swept northward through California and Arizona agricultural areas as “Operation Wetback” launched. By the end of July, over 50,000 illegal farmworkers had been caught in the dragnet. By mid-July, the raids extended into Utah, Nevada, Idaho, and Texas. By September, 80,000 had been taken into custody in Texas alone.

Those apprehended in the roundup were not simply released at the border. Buses and trains transported them deep within Mexico before being set free. Tens of thousands more were put aboard two ships, the Emancipation and the Mercurio, for a harsh sea voyage from Port Isabel, Texas, to Vera Cruz, Mexico, more than 500 miles south.

The INS extended the crackdown to the cities of Los Angeles, San Francisco, and Chicago. Within a year a million illegal immigrants had been deported, and another million fled back to Mexico on their own.