I AM ten years old today, and I am going to begin to keep a diary. My sister says it is a good plan, and when I am old, and in a remembering mood, I can take out my diary and read about what I did when I was a little girl. 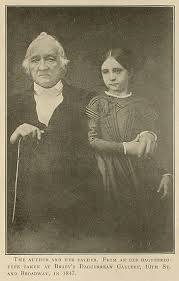 I can remember as far back as when I was only four years old, but I was too young then to keep a diary, but …I will begin mine by telling what I can recall of that far-away time.

The first thing I remember is going with my sister in a sloop to visit my aunts, Mrs. Dering and Mrs. L’Hommedieu, on Shelter Island. We had to sleep two nights on the sloop, and had to wash in a tin basin, and the water felt gritty.

These aunts live in a very old house. It was built in 1733 and is called the Manor House, and some of the floors and doors in it were in a house built in 1635 of wood brought from England.

The next thing I remember is going with my nurse to the Vauxhall Gardens, and riding in a merry-go-round. These Gardens were in Lafayette Place, near our house, and there was a gate on the Lafayette Place side, and another on the Bowery side.

Back of our house was an alley that ran through to the Bowery, and there was a livery stable on the Bowery, and one time my brother, who was full of fun and mischief, got a pony from the stable and rode it right down into our kitchen and galloped it around the table and frightened our cook almost to death.

Another time he jumped onto a new barrel of flour and went right in, boots and all. He was so mischievous that our nurse kept a suit of his old clothes done up in a bundle, and threatened to put them on him and give him to the old-clothes man when he came along.

The beggar girls bother us dreadfully. They always have the same story to tell, that “my father is dead and my mother is sick, and there’s five small children of us, and nary a hapo.” The hapo means money.

They come down the steps to the kitchen door and ring the bell and ask for cold victuals; and sometimes they peek through the window into the basement, which is my nursery. And one day my brother said to one of them, “My dear, I am very sorry, but our victuals are all hot now, but if you will call in about an hour they will be cold.” And she went away awfully angry.

We moved from Lafayette Place to Brooklyn when I was four years old, but only lived there one year. My brother liked Brooklyn because he could go crabbing on the river, but I was afraid of the goats, which chased one of my friends one day. So we came back to New York, and my father bought a house in Ninth Street. He bought it of a gentleman who lived next door to us, and who had but one lung, and he lived on raw turnips and sugar. Perhaps that is why he had only one lung. I don’t know.

I am still living in our Ninth Street house. It is a beautiful house and has glass sliding doors with birds of Paradise sitting on palm trees painted on them. And back of our dining room is a piazza, and a grape vine, and we have lots of Isabella grapes every fall. It has a parlor in front and the library in the middle and the dining room at the back. On the mantelpiece in the library is a very old clock that my father brought from France in one of his ships. It has a gilt head of Virgil on the top, and it is all gilt, and stands under a big glass case, and sometimes I watch my father when he takes off the case to wind the clock, and he has to lift it up so high and his hands tremble so, I am afraid he will break it.

Sometimes I think we shall never move again. I think it is delightful to move. I think it is so nice to shut my eyes at night and not to know where anything will be in the morning, and to have to hunt for my brush and comb and my books and my et ceteras, but my mother and my nurse do not feel that way at all.