THESE are the times that try men’s souls. The summer soldier and the sunshine patriot will, in this crisis, shrink from the service of their country; but he that stands by it now, deserves the love and thanks of man and woman. Tyranny, like hell, is not easily conquered; yet we have this consolation with us, that the harder the conflict, the more glorious the triumph. What we obtain too cheap, we esteem too lightly: it is dearness 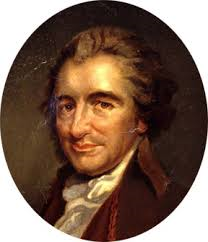 only that gives every thing its value. Heaven knows how to put a proper price upon its goods; and it would be strange indeed if so celestial an article as FREEDOM should not be highly rated. Britain, with an army to enforce her tyranny, has declared that she has a right (not only to TAX) but “to BIND us in ALL CASES WHATSOEVER” and if being bound in that manner, is not slavery, then is there not such a thing as slavery upon earth. Even the expression is impious; for so unlimited a power can belong only to God.

Whether the independence of the continent was declared too soon, or delayed too long, I will not now enter into as an argument; my own simple opinion is, that had it been eight months earlier, it would have been much better. We did not make a proper use of last winter, neither could we, while we were in a dependent state. However, the fault, if it were one, was all our own; we have none to blame but ourselves. But no great deal is lost yet. All that Howe has been doing for this month past, is rather a ravage than a conquest, which the spirit of the Jerseys, a year ago, would have quickly repulsed, and which time and a little resolution will soon recover.

I have as little superstition in me as any man living, but my secret opinion has ever been, and still is, that God Almighty will not give up a people to military destruction, or leave them unsupportedly to perish, who have so earnestly and so repeatedly sought to avoid the calamities of war, by every decent method which wisdom could invent. Neither have I so much of the infidel in me, as to suppose that He has relinquished the government of the world, and given us up to the care of devils; and as I do not, I cannot see on what grounds the king of Britain can look up to heaven for help against us: a common murderer, a highwayman, or a house-breaker, has as good a pretense as he.

‘Tis surprising to see how rapidly a panic will sometimes run through a country. All nations and ages have been subject to them. Britain has trembled like an ague at the report of a French fleet of flat-bottomed boats; and in the fourteenth [fifteenth] century the whole English army, after ravaging the kingdom of France, was driven back like men petrified with fear; and this brave exploit was performed by a few broken forces collected and headed by a woman, Joan of Arc.

Would that heaven might inspire some Jersey maid to spirit up her countrymen, and save her fair fellow sufferers from ravage and ravishment! Yet panics, in some cases, have their uses; they produce as much good as hurt. Their duration is always short; the mind soon grows through them, and acquires a firmer habit than before. But their peculiar advantage is, that they are the touchstones of sincerity and hypocrisy, and bring things and men to light, which might otherwise have lain forever undiscovered.