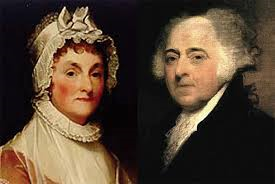 Our H(ouse) of R(epresentatives) boasts that We are the most enlightened People in the World: but We behave like the most ignorant Babies, in a thousand Instances. We have been destroying all Terror of Crimes and are becoming the Victims of them. We have been destroying all Attachment and Obligation to Country and are Sold in Consequence by Traitors. We have been opening our Arms wide to all Foreigners and placing them on a footing with Natives: and Now foreigners are dictating to Us if not betraying Us.

Hamilton I know to be a proud Spirited, conceited, aspiring Mortal always pretending to Morality, with as debauched Morals as old Franklin who is more his Model than anyone I know. As great an Hypocrite as any in the U.S. His Intrigues in the Election I despise. That he has Talents I admit but I dread none of them. I shall take no notice of his Puppy head but retain the same Opinion of him I always had and maintain the same Conduct towards him I always did, that is keep him at a distance.

The Constancy and Fidelity of Mr. Gerry contrasted with the Weathercockison of McKean and the Rutledges and the Hypocrisy of others touches the inmost feelings of my Heart. I will not explain all I know till I see you.

Your black Balls and flashing Guns are proofs of an Anxiety that is very needless. I never felt easier in my Life. My Path is very plain, and if I am not supported I will resign.

The Defence has been read by many others as well as the Deacon. In an 100 Years it would not have been so much read, as it has been during the late Election. A new Edition of it is coming out here with an immense subscription and I expect it will be got by Heart by all Americans who can read.

The Extract from T’s Letter is very clever. I went on Saturday to see the Globe Mill of Mr. Davenport. Carding, Spinning and weaving are all performed at the same time by Water. It is in Some respects like the silk Machine which you saw with me at Utrecht.

Alass poor Billings — Madness and Sotting I fear will be the End. Reclaim him however if you can.

My Duty to my Mother and Love to Brothers and to all.