To the Senate and House of Representatives of the Confederate States 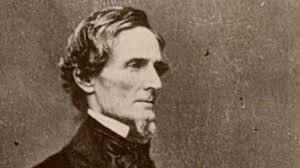 month signed by the President of the United States in which he orders and declares all slaves within ten States of the Confederacy to be free, except such as are found in certain districts now occupied in part by the armed forces of the enemy.

We may well leave it to the instincts of that common humanity which a beneficent Creator has implanted in the breasts of our fellowmen of all countries to pass judgment on a measure by which several millions of human beings of an inferior race, peaceful and contented laborers in their sphere, are doomed to extermination, while at the same time they are encouraged to a general assassination of their masters by the insidious recommendation “to abstain from violence unless in necessary self-defense.” Our own detestation of those who have attempted the most execrable measure recorded in the history of guilty man is tempered by profound contempt for the impotent rage which it discloses.

So far as regards the action of this Government on such criminals as may attempt its execution I confine myself to informing you that I shall unless in your wisdom you deem some other course more expedient deliver to the several State authorities all commissioned officers of the United States that may hereafter be captured by our forces in any of the States embraced in the proclamation that they may be dealt with in accordance with the laws of those States providing for the punishment of criminals engaged in exciting servile insurrection. The enlisted soldiers I shall continue to treat as unwilling instruments in the commission of these crimes and shall direct their discharge and return to their homes on the proper and usual parole.

John Murray, Earl of Dunmore and Royal Governor of the Colony of Virginia since 1771, had worked hard to extend Virginia’s borders past the Appalachians, defeating the Shawnee in Dunmore’s War and gaining land south of the Ohio River.  By the fourth year of his governorship, however, Dunmore had gotten pretty frustrated with the lack of respect shown him and the Crown by his disgruntled subjects.

Nervous about the intentions of the local hotheads, he did his best to prevent the election of representatives to the Second Continental Congress. On April 20, 1775, one day after the Battles of Lexington and Concord (and before news of that event even reached Virginia), Lord Dunmore ordered the removal of gunpowder from the magazine at Williamsburg and had it taken to a Royal Navy ship.

When the colonists heard of this action, militia companies began mustering. Patrick Henry led a small militia force toward Williamsburg, and argued that the ammunition belonged to them, not to the Crown. That night, Dunmore angrily swore, “I have once fought for the Virginians and by God, I will let them see that I can fight against them.” News spread through the colony rapidly, and a group of slaves loyally offered their services to protect the royal governor. Though he ordered them away, colonial slaveholders became suspicious of his intentions.

The protests turned violent; Dunmore fled Williamsburg and took refuge aboard the frigate HMS Fowey at Yorktown, replenishing his forces and supplies by conducting raids and inviting slaves to join him. When Virginia’s House of Burgesses decided that Dunmore’s departure indicated his resignation, he drafted a proclamation.
The official document, dated November 7, 1775, declared martial law in effect in Virginia and required every person capable of bearing arms to defend the crown or be looked upon as traitors. Furthermore, the document declared “all indentured servants, Negroes, or others…free that are able and willing to bear arms…”

Virginians were outraged and responded immediately. Patrols were organized to look for any slaves attempting to take Dunmore up on his offer. The Continental Congress recommended to Virginians that they resist Dunmore “to the uttermost…” and the Virginia Convention declared that any slaves who returned to their masters within ten days would be pardoned, but those who did not would be punished harshly.

A couple of thousand slaves took off from their plantations and joined up with the British forces. Dunmore’s “Ethiopian Regiment” fought bravely in the Battle of Great Bridge, but then got hit hard by smallpox. When Dunmore ultimately left the colony in 1776 he took 300 of the former slaves with him.

In 1779, British General Sir Henry Clinton issued the Philipsburg Proclamation, which freed slaves throughout the colonies, even those that did not enlist in the British Army. This second proclamation resulted in an even larger number of runaways – some estimate that 100,000 slaves joined the British over the course of the entire war. At the end of the war, when many Royalists withdrew to Nova Scotia, thousands of former slaves emigrated there too.