Two black men dressed in business suits strolled into a Howard Johnson restaurant near Dover, Del. one evening in October of 1957. They went up 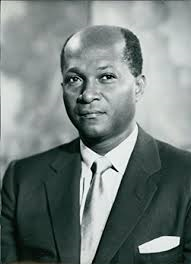 to the counter and ordered two 30¢ glasses of orange juice. As they were handed the juice in containers, wrapped up to take outside, the waitress explained that they could not sit down inside because “colored people are not allowed to eat in here.”

At this point one of the men produced an identity card and introduced himself as Komla Agbeli Gbedemah, the Finance Minister of the new African nation of Ghana, and asked to speak to the manager.

When the manager came out to the counter he backed up his waitress’s action because, after all, the rules were the rules. Highly insulted, Gbedemah stormed out, rebuking the manager as he left: “The people here are of a lower social status than I am, but they can drink here and we can’t. You can keep the orange juice and the change, but this is not the last you have heard of this.”

Noting that he had recently entertained Richard Nixon on the Vice President’s 1957 African tour, Gbedemah said, “If the Vice-President of the U.S. can have a meal in my house when he is in Ghana, then I cannot understand why I must receive this treatment at a roadside restaurant in America.” 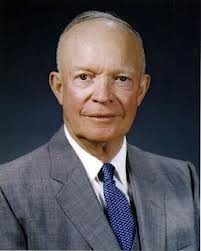 Word of the incident traveled quickly through the diplomatic community, and President Eisenhower, who had recently ordered federal troops to desegregate schools in Little Rock, apologized to Minister Gbedemah and invited him for a private breakfast at the White House.

Ike gave no public announcement or rebuke, but he broke bread with Gbedemah, gave him a tour of the White House, discussed the financing of an important dam project, and by his quiet action, made it clear it was high time for the nation to move past such pettiness.

Two clear policy shifts resulted from Ike’s breakfast with Minister Gbedemah. The United States shifted its stance and financed the project to build the Akosombo Dam on the Volta River, and the Howard Johnson’s restaurant in Dover, Delaware, changed its policy to serve whoever walked in the door.