Well, Smiley kept the beast in a little lattice box, and he used to fetch him down town sometimes and lay for a bet. One day a feller a stranger in the camp, he was come across him with his box, and says: “What might it be that you’ve got in the box?”

And Smiley says, sorter indifferent like, “It might be a parrot, or it might be a canary, may be, but it an’t it’s only just a frog.” 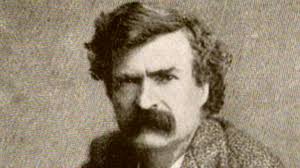 And the feller took it, and looked at it careful, and turned it round this way and that, and says, “H’m so ’tis. Well, what’s he good for?”

“Well,” Smiley says, easy and careless, “He’s good enough for one thing, I should judge he can outjump any frog in Calaveras county.”

The feller took the box again, and took another long, particular look, and give it back to Smiley, and says, very deliberate, “Well, I don’t see no p’ints about that frog that’s any better’n any other frog.”

And the feller studied a minute, and then says, kinder sad like, “Well, I’m only a stranger here, and I an’t got no frog; but if I had a frog, I’d bet you.”

And then Smiley says, “That’s all right that’s all right if you’ll hold my box a minute, I’ll go and get you a frog.” And so the feller took the box, and put up his forty dollars along with Smiley’s, and set down to wait.

So he set there a good while thinking and thinking to hisself, and then he got the frog out and prized his mouth open and took a tea- spoon and filled him full of quail shot filled him pretty near up to his chin and set him on the floor. Smiley he went to the swamp and slopped around in the mud for a long time, and finally he ketched a frog, and fetched him in, and give him to this feller, and says:
“Now, if you’re ready, set him alongside of Dan’l, with his fore- paws just even with Dan’l, and I’ll give the word.” Then he says, “One two three jump!” and him and the feller touched up the frogs from behind, and the new frog hopped off, but Dan’l give a heave, and hysted up his shoulders so like a Frenchman, but it wan’s no use he couldn’t budge; he was planted as solid as an anvil, and he couldn’t no more stir than if he was anchored out. Smiley was a good deal surprised, and he was disgusted too, but he didn’t have no idea what the matter was, of course.

The feller took the money and started away; and when he was going out at the door, he sorter jerked his thumb over his shoulders this way at Dan’l, and says again, very deliberate, “Well, I don’t see no p’ints about that frog that’s any better’n any other frog.”

Smiley he stood scratching his head and looking down at Dan’l a long time, and at last he says, “I do wonder what in the nation that frog throw’d off for I wonder if there an’t something the matter with him he ‘pears to look mighty baggy, somehow.” And he ketched Dan’l by the nap of the neck, and lifted him up and says, “Why, blame my cats, if he don’t weigh five pound!” and turned him upside down, and he belched out a double handful of shot. And then he see how it was, and he was the maddest man he set the frog down and took out after that feller, but he never ketchd him.