April 29, 1865: Queen Victoria sends her condolence to May Todd Lincoln 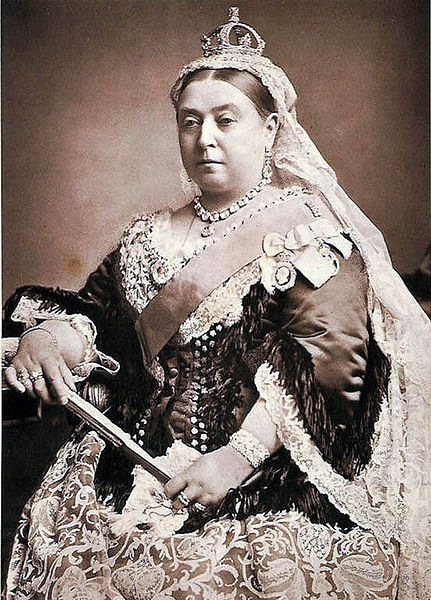 No one can better appreciate than I can, who am myself utterly broken-hearted by the loss of my own beloved Husband, who was the Light of my Life, — my Stay — my all, — what your sufferings must be; and I earnestly pray that you may be supported by Him to whom Alone the sorely stricken can look for comfort, in this hour of heavy affliction.

With the renewed Expression of true sympathy, I remain,

Mary Todd was not quite 21 in the fall of 1839 when she moved to live with her older sister, Elizabeth in Springfield, Illinois. Shortly after her arrival, Mary had the pleasure of going to a cotillion where a tall young man came up and said to her, “Miss Todd, I want to dance with you the worst way.” Smitten, she asked her sister, “Who is that man?” 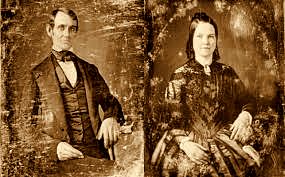 They thought they might have a small, quiet ceremony performed at the home of Reverend Charles N. Dresser, an Episcopal minister. On the morning of Thursday, November 3, 1842, Abraham dropped by the rectory. The Dresser family was still at breakfast when Abraham announced, “I want to get hitched tonight.” Reverend Dresser agreed that might be accomplished.

A little later that morning Abraham happened to meet Mary’s brother-in-law, Ninian Edwards, in the street. He told Mr. Edwards of the marriage plans he had just arranged. Mr. Edwards replied, “No, I am Mary’s guardian and if she is married at all it must be from my house.” He then informed his wife Elizabeth of the wedding plans and discovered that the Episcopal sewing society was scheduled to meet at their home that night and the supper had already been ordered. The marriage would have to be delayed by one day.

Abraham visited Chatterton’s jewelry shop located on the west side of the square in Springfield, and ordered a gold wedding ring. He had the ring inscribed “A.L. to Mary, Nov. 4, 1842. Love is Eternal.” About 30 relatives and friends were hastily invited. On the morning of the wedding, Abraham asked James Harvey Matheny, who worked at the circuit court office, to be his best man. Mary wore a lovely white muslin dress, but didn’t bother with a veil nor flowers in her hair. Her bridesmaids were Julia M. Jayne, Anna Caesaria Rodney, and Miss Elizabeth Todd.

Reverend Dresser solemnized the marriage using the marriage rite from The Book of Common Prayer. Judge Thomas C. Browne of the Illinois Supreme Court stood behind Abraham during the ceremony. As the tall young lawyer was putting the wedding ring on his young bride’s hand and repeating the words, “With this ring I thee endow with all my goods, chattels, lands, and tenements,” Judge Browne impatiently blurted out, “God Almighty, Lincoln, the statute fixes all that.”

After a brief delay following Browne’s interruption, the ceremony was completed as rain poured outside. Supper was served on a long table covered with a linen table cloth embroidered with a turtledove design. The wedding cake was cut and merriment continued into the evening. Finally, it was time for the newlyweds to depart. They headed off into the dark rainy night, to the Globe Tavern where they would live through the following winter. On August 1st, 1843, just under nine months later, the couple’s first son, Robert, would be born.

A week after the marriage, Abraham wrote a letter to a friend, Samuel D. Marshall. Most of the letter dealt with legal matters, but Abraham closed the letter: “Nothing new here, except my marrying, which to me, is a matter of profound wonder.”