Governor Thomas Hardwick of Georgia opposed the 19th Amendment giving women the vote. However, when Senator Tom Watson died on September 26, 1922 and a Senate seat opened up, the Governor thought a conciliatory move towards newly enfranchised Georgia women might just give him a leg up on his competition as he threw his own hat into the ring.

Congress was in recess and not scheduled to reconvene until after the election, so appointing a woman as an “olive branch” until a successor was

Rebecca Felton was one tough old bird. She was eighty-seven years old, and she didn’t think much of the hypocrisy of Southern men who boasted of superior Southern “chivalry” but opposed women’s rights. “Honeyed phrases are pleasant to listen to, but the sensible women of our country would prefer more substantial gifts….”

A child of the old South, she would be the last slave owner to serve in the Senate. “All I owned was invested in slaves and my people were loyal and I stood by them to the end. . . Nevertheless I am now too near the borderland of eternity to withhold my matured conscientious and honest opinion. If there had been no slaves there would have been no war. To fight for the perpetuation of domestic slavery was a mistake. The time had come in the United States to wipe out this evil. The South had to suffer, and even when our preachers were leading in prayer for victory, during the war, and black-robed mothers and wives were weeping for their dead ones, who perished on the field of battle, I had questions in my own mind as to what would be the end of it.”

Still, as a white woman in Georgia, she was more than a bit jealous of rights extended to others, but not to her. “I do not want to see a negro man walk to the polls and vote on who should handle my tax money, while I myself cannot vote at all. Is that fair?”

Governor Hardwick orchestrated a local ceremony to present Rebecca Felton with her credentials as a newly appointed Senator. It was a festive occasion until the governor explained that she could not be sworn in until the Senate was in session, and Congress would not convene till after her successor had been elected. Felton fell unnaturally silent.

Encouraged by an outpouring of support from women across the country, she sought a way to present her credentials to the Senate sooner. Her supporters deluged President Warren G. Harding with letters urging him to call a special session of Congress. Even a call from Felton herself failed to move the president, but then on November 9, 1922, President Harding called an extraordinary session of Congress to handle merchant marine legislation.

Despite Governor Hardwick’s ploy of appointing a women, his opponent, Judge Walter F. George, won the special election. When the Senate reconvened on November 21, 1922, Walter George graciously allowed Felton to be sworn in first, and to take her seat for a day. At eighty-seven years old, she would be the oldest freshman Senator ever, and she knew that her time in Washington would be very brief.

The following day, as Senator-elect George waited to present his credentials, Senator Rebecca Felton, “the happiest woman in the United States,” rose to address the Senate in her maiden, and only speech. A crusty old Georgia woman had finally broken one of the oldest barriers of the Republic:

“There may be but very few women senators in the next few years,” she predicted, “but when the women of the country come in and sit with you . . . you will get ability, you will get integrity of purpose, you will get exalted patriotism, and you will get unstinted usefulness.” 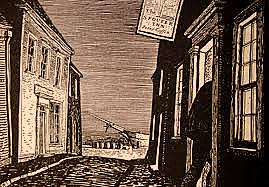 I have heard nothing from my children for a long time, neither from my grandchildren since they left me. I take this occasion to inquire after their whereabouts and health, as well as your own prosperity, and to inform you of my own.

I spent over six months at Arlington Heights, called the Freedmen’s village, and served there as Councilor for my people acceptably to the good but not at all times to those who desire nothing higher than the lowest and the vilest of habits. For you know I must be faithful Sojourner everywhere. 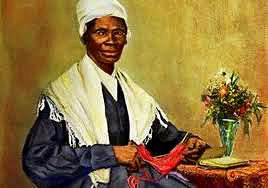 I have generally received the kindest attention from those in Authority, even to the President. But I see dark spots still in the great cloud that leads us by day, and occasional angry flashes in the pillar of fire that guides through this long dark night. Yet my comfort in all this is in the thought that God rules.

A few weeks ago I was in company with my friend Josephine S. Griffing, when the Conductor of a street car refused to stop his car for me, although closely following Josephine and holding on to the iron rail they dragged me a number of yards before she succeeded in stopping them. She reported the conductor to the president of the City Railway who dismissed him at once, and told me to take the number of the car, wherever I was mistreated by a conductor or driver, and report to him and they should be dismissed.

On the 13th I had occasion to go for blackbury wine, and other necessities for the patients in the Freedmen’s Hospitals in the City where I have been doing, and advising, for a number of months under sanction of the Bureau. As they had often refused to stop for me, I thought now I would get a ride without trouble as I was in company with another Friend Laura S. Haviland of Michigan.

As I ascended the platform of the car, a man just leaving it, called out “Have you got room for niggers here!” as the conductor then noticed my black face, pushed me, saying “go back—get off here.” I told I was not going off, “then I’ll put you off” said he furiously, with clenching my right arm with both hands, using such violence that he seemed about to succeed, when Mrs. Haviland reached us and told him, he was not going to put me off, placing her hands on both of us.
“Does she belong to you! If she does, take her in out the way” said he, in a hurried angry tone. She replied “She does not belong to me, but she belongs to Humanity and she would have been out of the way long ago, if you had have let her alone.”

The number of the car was noted, and conductor dismissed at once upon the report to the President (Mr. Gidean) who advised his arrest for assault and Battery, as my shoulder was sprained by the wrench given by the conductor in his effort to put me off. Accordingly, I had him arrested and the case tried before Justice Johnson who referred the case to the Grand Jury of the United States, and placed James C. Weedan, the conductor under bonds for his appearance to court which appears next Wednesday.

My shoulder was very lame and swollen, but is better, but I sometimes fear it will trouble me for a long time if I ever get entirely over it. It is hard for the old slave holding spirit to die. But die it must.
Write immediately, tell me where my children are, and how they are.

Direct to me in care of Dr. Glennan D. S. A. Freedman’s Hospital Washington D.C.

Tis ever I am your friend
Sojourner Truth

P.S. I think I shall be there in 4 or 5 weeks but I want to I am anxious to hear from you