Mr Pearce,…
The Reports, and your letter of the 25th have been duly recd.
If you are satisfied from repeated trials, that the pieces of the treading floor at Dogue Run Farm, are well placed at an inch and half a part, it would be well to lay them all at that distance, that you may derive as much benefit as you can 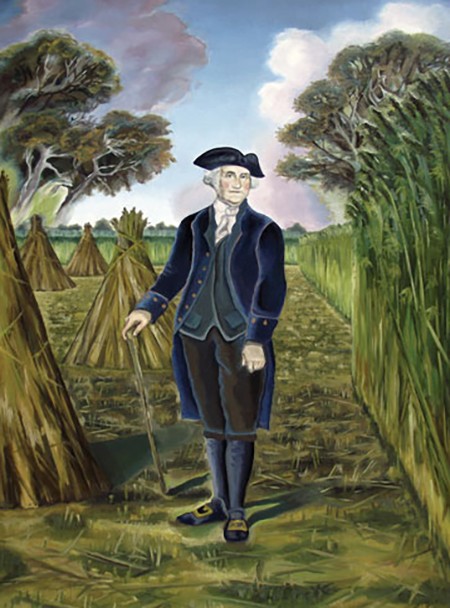 from it in the present Crop, and that it may be ready against the next year.

The Oats might also be tread out on the same floor; and the sooner the better, as you will then know precisely the quantity which you will have to depend upon; and when known, inform me thereof. I have three and half bushels of a peculiar kind of Oats which I will send by the first Vessel bound to Alexandria: unfortunately they came to my hands too late for the Vessels which have lately departed from hence for that Port; but I would have you reserve and keep about two acres of ground in a good state of preparation for sowing the moment the seed shall reach you.

I am sorry to hear your drilled and other Wheat makes but an indifferent appearance. I was in hopes such extreme fine weather as we have had during the whole month of March would have occasioned a pleasing change in both. As grain puts on different looks at this season, according as the weather, while growing happens to be, let me know from time to time how mine comes on. If it stands thick enough on the ground, such uncommon mildness & warmth as we have had since February, must have recovered that Crop greatly, as well as the Winter Barley.

I doubted the Gardeners information at first, when you reported a pottle of St Foin seed; because the few plants could not bare so much; and next, because he did not take care in time to save what they did bare. Be the qty little or much, make the most of them & of the Hemp—and also the other seed he took for St Foin that you are able.

Let Abram get his deserts when taken by way of example; but do not trust to Crow to give it him; for I have reason to believe he is swayed more by passion than judgment in all his corrections.

All the labour that can be spared from more pressing & important work should be employed on the Mill Race; otherwise when the springs get low you will have no water for grinding; it being but a poor stream at best, and many leaks in the old part which will be avoided by the new, whilst those in other parts of the race should be carefully sought after, & effectually stopped.

If my Sister Lewis of Fredericksburgh should send for it, let her have one of the unbroke Mules of middling quality and size.

I am your friend,
George Washington