“Day after day I am in slaughterhouses, or lying in wait at midnight with a squad of police near some dog pit. Lifting a fallen horse to his feet, penetrating buildings where I inspect collars and saddles for raw flesh, then lecturing in public schools to children, and again to adult societies. Thus my whole life is spent.” 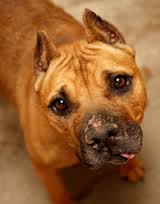 Henry Bergh had started life as the wealthy heir to a New York fortune, but after serving as President Lincoln’s envoy to Czar Alexander II his life changed. In the streets of St. Petersburg Bergh had witnessed such horrific cruelty to animals that he resigned his diplomatic post, and made his way to England to learn about the new Royal Society for the Prevention of Cruelty to Animals.

By the time he returned to the United States, Bergh was committed to dedicating his life to Jeremy Bentham’s challenge: “The question is not ‘Can animals reason?’ nor ‘Can they talk?’ but ‘Can they suffer?’”

He began to crusade in New York City, speaking out in behalf of the “average dog on the street.” No one knows for sure how many stray dogs called Manhattan home at the time, but as many as 300 were rounded up daily and thrown into a cage, which was then swung into the East River.

Bergh found that protecting the “mute servants of mankind” was a cause that touched people from all walks of life and all social classes. After every speech he made, Bergh called for signatures on his “Declaration of the Rights of Animals,” and he proposed a society to protect these creatures.

On April 10, 1866, a charter was signed incorporating the American Society for the Prevention of Cruelty to Animals and the following week, a law passed granting ASPCA the power to enforce anti-cruelty laws.

Just after the law was passed, Henry Bergh encountered a cart driver unmercifully beating his exhausted horse on a Manhattan street. “My friend, you can’t do that anymore.”

Astonished, the driver exclaimed, “Can’t beat my own horse?—the devil I can’t,” and resumed.

Bergh added, “You are not aware, probably, that you are breaking the law, but . . . I have the new statute in my pocket, and the horse is yours only to treat kindly.”

The driver couldn’t believe what he was hearing, “Go to hell—you’re mad!”

The ASPCA fought to put an end to dog fighting and cock fights. It challenged butchers who bound calves’ legs and stacked the live animals like cordwood for transport over cobblestone streets, or who plucked and boiled chickens alive; sea captains who punched holes in turtles’ flippers, strung the creatures together with twine, then shipped them upside-down for weeks without food or water; dairymen who permanently chained cows to their stalls.

It prosecuted where it could. 1867, David Heath was sentenced to 10 days in prison for beating a cat to death. Upon hearing the verdict, “he remarked that the arresting officer ought to be disemboweled,” at which point a $25 fine was added to his punishment.

Bergh challenged the medical community’s practice of vivisection, and protested against the spectacle of P.T. Barnum’s snakes being fed live rodents. He designed an alternative (clay pigeons) to shooting live pigeons at sporting events, and the ASPCA operated the first ambulance for injured horses, developed a derrick to pull animals from ditches, and began installing drinking fountains for horses in public areas.

Newspaper articles sometimes referred to him as “The Great Meddler”, but Bergh didn’t care. He knew that “Mercy to animals means mercy to mankind”.