The state commission provided the rationale behind this new statute:

“There is a common and widespread but erroneous view that such legislation is an attempt to provide by government that low-paid workers shall receive more than they earn; that it runs counter to an economic law which, by some 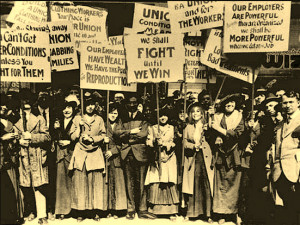 There is no such law; in fact, in many industries the wages paid bear little or no relation to the value or even to the selling price of the workers’ output. Wages among the unorganized and lower grades of labor are mainly the residue of tradition and of slight competition. Labor may be worth more or less than its wage, whether measured by the employer’s total receipts from the industry or by the cost of producing and maintaining the human factors in the industry.

The proposition that underlies this interference with the contractual relations of employer and employee is that, on the broad scale and in the long run, earnings, as distinct from wages, cannot be less than the necessary cost of maintaining the worker alive and in health. No mechanical or labor-saving device used in industry can be worth less than the cost of its manufacture and maintenance. The normal human worker cannot earn less than a like cost.

But the wages actually paid do, in fact, often fall below this standard; this may result in excessive profits to the employer or in prices too low to the consumer. In either case the workers are underpaid; the industry is, in part, parasitic.

The purpose of this proposed legislation is not to compel the payment of wages in excess of actual earnings, but to check the clearly ascertained tendency of wages to become much less than actual earnings. It can have no tendency to compel any employer to pay any worker more than the fair value of that worker’s labor.”