November 13, 1787: Thomas Jefferson on the Tree of Liberty

God forbid we should ever be 20 years without such a rebellion. 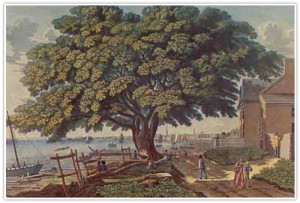 The people cannot be all, & always well informed. The part which is wrong will be discontented in proportion to the importance of the facts they misconceive. If they remain quiet under such misconceptions it is a lethargy, the forerunner of death to the public liberty.

We have had 13 states independent 11 years. There has been one rebellion. That comes to one rebellion in a century & a half for each state. What country before ever existed a century & a half without a rebellion? & what country can preserve its liberties if their rulers are not warned from time to time that their people preserve the spirit of resistance? Let them take arms. The remedy is to set them right as to facts, pardon & pacify them. What signify a few lives lost in a century or two?

The tree of liberty must be refreshed from time to time with the blood of patriots & tyrants. It is its natural manure.