May 13, 1787: George Washington Arrives in Philadelphia

Patrick Henry refused to join to the convention, saying bluntly that he ”smelt a rat”, Rhode Island announced it would send no delegation at all, and a series of spring storms turned all the roads leading to the City of Brotherly Love into 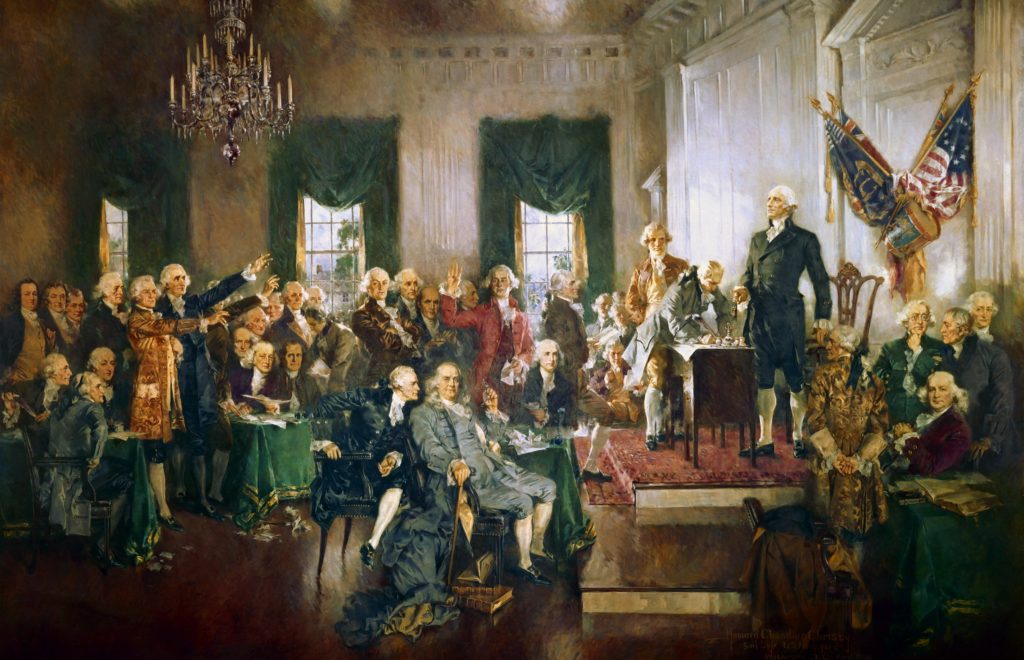 Despite the impediments, George Washington left his wife Martha behind at Mount Vernon and arrived in Philadelphia on time, one day in advance of the scheduled opening of the Federal Convention. He expected he would lodge at Mrs. House’s boarding house at Fifth and High Streets, but his friend, financier Robert Morris, insisted that the General stay at his house just one block away. Washington accepted, saying “being again warmly and kindly pressed by Mr. & Mrs. Rob. Morris to lodge with them I did so…”

Washington immediately then paid a visit to Benjamin Franklin, noting in his diary “Waiting on the President, Doctr. Franklin as soon as I got to Town.” Dr. Franklin, age 81, held the title of “President of Pennsylvania”; Washington at this point was just a citizen without any official position and felt obliged to wait for his old ally to formally receive him.

James Madison of Virginia and Colonel Alexander Hamilton of New York had been engineering state meetings on commercial cooperation, but it was only the mob violence of Shay’s Rebellion that shocked the Continental Congress into reluctantly approving the Philadelphia convention.

The delegates would be asked to resolve a tangle of thorny problems: swollen state and national debts, a shortage of hard currency, inflated paper money issued by the different states, commercial conflicts among the states, repeated violations of treaties by the separate states, a depression in foreign trade, and a flood of imports.

Most of the fifty-five delegates who arrived in Philadelphia were ready to modestly revise the Articles of Confederation, but they still thought of themselves as envoys from twelve sovereign nations, tied together solely for purposes of commerce, defense, and foreign diplomacy.

A long hot summer of political, intellectual, and emotional struggle was about to begin.