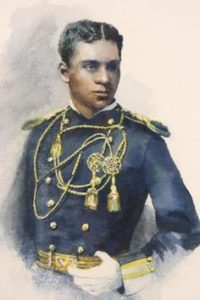 perfected a drainage system that eliminated the stagnant water, and malaria, plaguing the fort. Still known as “Flipper’s Ditch,” it became a national landmark in 1977. He distinguished himself in combat on the frontier, and then was transferred to run a commissary at Fort Davis in Texas.

In 1881, Lt. Flipper was accused by his commanding officer of improperly accounting for the funds entrusted to him. A later Army review suggested he had been singled out for his race, but at the time there wasn’t much justice available for a young African American soldier. In December, a court-martial acquitted him of embezzlement, but convicted him of conduct unbecoming an officer. President Chester A. Arthur declined to overturn the sentence, and in June of 1882, Lt. Flipper was dishonorably discharged.

His life continued. He became a civil and mining engineer out West. He worked in many capacities for the government, as special agent for the Department of Justice; as an expert on Mexico for the Senate Foreign Relations Committee; as a special assistant to the Secretary of the Interior. He died in 1940, at the age of 84. But even after his death, this stain of dishonor remained. One hundred and seventeen years have now elapsed since his discharge. That’s a long time, even more than the span of his long life. More than half the history of the White House, indeed, of the United States itself. And too long to let an injustice lie uncorrected.

The army exonerated him in 1976, changed his discharge to honorable and reburied him with full honors. But one thing remained to be done, and now it will be. With great pleasure and humility, I now offer a full pardon to Lt. Henry Ossian Flipper of the United States Army. …

Henry Flipper is not known to most Americans. All the more reason to remember him today. His remarkable life story is important to us, terribly important, as we continue to work … on deepening the meaning of freedom at home, and working to expand democracy and freedom around the world, to give new life to the great experiment begun in 1776.

This is work Henry Flipper would have been proud of. Each of you who worked so hard for this day is a living chapter in the story of Lt. Flipper. I thank you for your devotion, your courage, your persistence, your unshakable commitment. I thank you for believing, and proving, that challenges never disappear, but in the long run, freedom comes to those who persevere.