President Lincoln argued that the War was to preserve the Union, not to end slavery, but the news from Fort Sumter set off a rush by black men ready to march for freedom. The marching wouldn’t be easy – federal law prohibited men of color from joining the army.

Questions were raised – Wasn’t this a “white man’s” war? Would black troops prompt the Border States to secede?  Finally, after twenty months of struggle, the Emancipation Proclamation decreed that African-American men could join the armed services. The black men were ready to march.

Governor Andrew of Massachusetts issued the call for a regiment of black soldiers. Two weeks later more than 1,000 men, from Massachusetts and New York, Indiana and Ohio, from slave states and the Caribbean had volunteered to serve. Fathers and sons enlisted together; Charles and Lewis Douglass, sons of Frederick Douglass, joined. The Governor appointed Robert Gould Shaw, a young white officer, in command. Shaw had dropped out of Harvard to join the Union Army and had been injured in battle at Antietam. He was 25 years old.

On May 28th 1863, as spectators lined the streets, the 54th Massachusetts presented its colors and paraded through 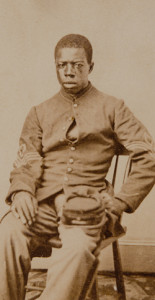 Boston. The regiment then departed for the coast of South Carolina.

The Confederates dumped the bodies in an unmarked trench and cabled Union leaders: “we have buried [Shaw] with his niggers.” Shaw’s parents replied that there could be “no holier place” to be buried than “surrounded by…brave and devoted soldiers.” 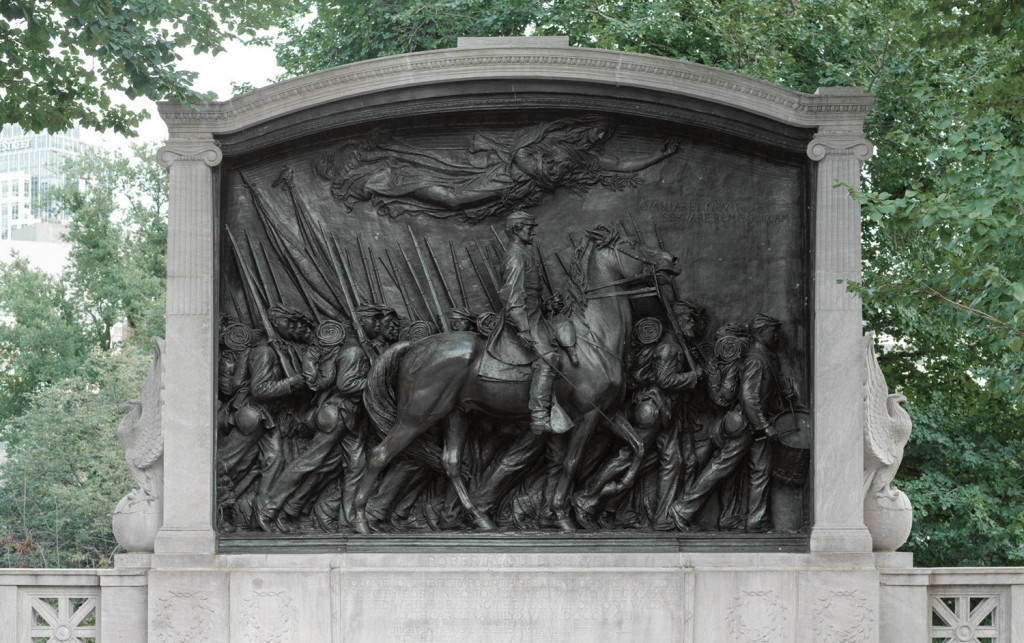 “Many of them were bent and crippled, many with white heads, some with bouquets…  They seemed as if returning from the war, the troops of bronze marching in the opposite direction, the direction in which they had left for the front, and the young men there represented now showing these veterans the vigor and hope of youth. It was a consecration.”