The Indian troubles east of Puget Sound seemed to have eased until April of 1858 when Lieut. Col. Steptoe received a petition from settlers in Colville asking for protection from Indians who had murdered two whites and stolen cattle. He recommended a foray to impress upon the Indians the military power that was stationed in the area. 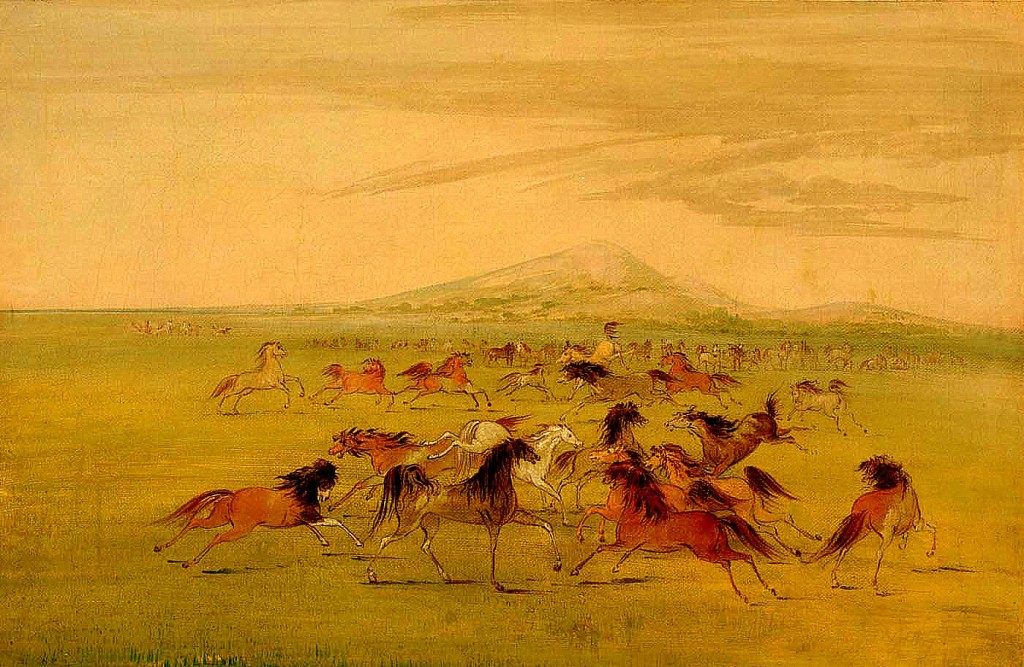 With one hundred and thirty dragoons Steptoe marched from Fort Walla Walla into the Nez Perce country. Despite reports that the Spokane tribe opposed his expedition, he proceeded north until he found himself practically surrounded; six hundred Indians in war paint stood overlooking the ravine through which he hoped to pass. Steptoe called a parley; the War Chief informed him he had heard the troops were there to make war and they would not be allowed to cross the Spokane River.

Steptoe decided to return to Walla Walla, but the Spokanes thought otherwise. A fierce fight broke out, with casualties on both sides, but with their ammunition running low, the troops withdrew in the middle of the night.

In June General Clarke determined a larger expedition should subdue the hostile natives. He ordered three companies of artillery from San Francisco, a company of infantry from Fort Jones, Calif. and another from Fort Umpqua, Oregon. The troops were thoroughly drilled in Indian warfare and armed with Sharpe’s long range rifles. Colonel George Wright was given command.

The expedition set out in mid-August with 800 men. As the troops neared the Spokane River they encountered Indian warriors massed on the crest of the hills. On September 1st heavy fighting began. With the superior firepower afforded by the long range rifles, the regulars began to inflict heavy casualties on the Indians. After four days of withering battle, the Spokanes were ready to talk, but Wright made his position clear – he was there to make war, not to talk peace. He was tired of war, but he would talk peace only on his own terms. EVERYTHING must be surrendered – arms, property, women and children.

On the morning of September 8, Colonel Wright and his troops spotted a large cloud of dust, which revealed a huge herd of 800 Palouse horses. The Indians were driving their stock towards the mountains instead of surrendering them.

Infuriated, Colonel Wright ordered his men to seize the herd, which they proceeded to do, and then, on his order, as the Native Americans watched helplessly from the hills, the horses were taken to the river bank and shot one by one, young colts were knocked in the head as the mares were heard crying for their foals. On the following day, to speed the process of killing, the companies were ordered to fire volleys into the corral.

Wright later wrote: “I deeply regretted killing these poor creatures, but a dire necessity drove me to it. . . The chastisement which these Indians have received has been severe but well merited and absolutely necessary to impress them with our power. … A blow has been struck which they will never forget.”

Following the slaughter, Colonel Wright and his troops burned lodges and storehouses filled with the Native Americans’ winter supply of oats, vegetables, camas roots and dried berries. That winter many of the old and very young died of starvation, and for more than 50 years after, the bleached bones of the horses could be seen strewn along the banks of the Spokane River at the site known as Horse Slaughter Camp.