Wedding bells resounded through the summer colony of Newport, Rhode Island, when Jacqueline Lee Bouvier, Washington’s prettiest inquiring photographer, married the dashing young Senator from Massachusetts, John F. Kennedy. The ceremony took place at St. Mary’s Roman Catholic Church in front of more than 750 guests. The church had been decorated with pink gladioli and white chrysanthemums for the occasion. 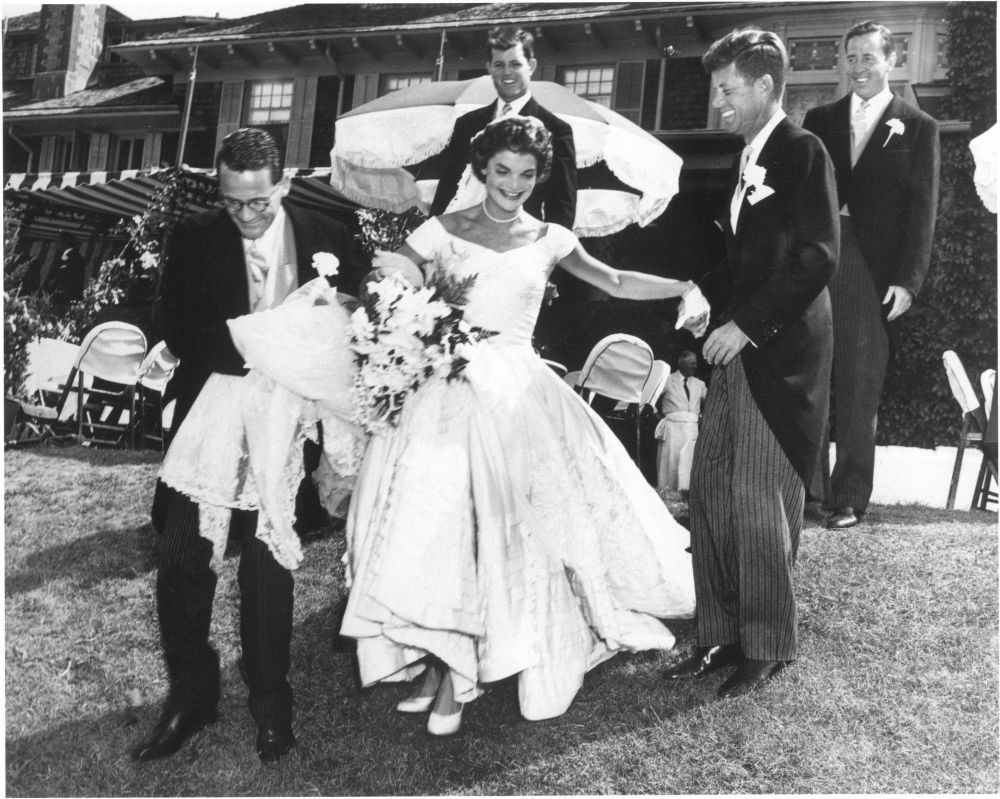 with more than 50 yards of flounces made by Ann Lowe. Her rose-point lace veil, originally worn by her grandmother, was draped from a tiara. The bride wore a single strand of family pearls, the groom’s gift of a diamond bracelet, and an engagement ring created by Van Cleef & Arpels.

The ceremony was performed by Archbishop Cushing and a special blessing from Pope Pius XII was read before the mass. Tenor soloist Luigi Vena from Boston sang Gounod’s “Ave Maria.”

After the nuptials the wedding party retired to Hammersmith Farm to greet an additional 500 guests at the reception. The luncheon included creamed chicken, sliced ham, potatoes, a pineapple cup, endless rounds of Champagne, and dancing to the music of Meyer Davis and his orchestra. For the first dance, the Kennedy’s chose “I Married an Angel.”

Late in the afternoon, Senator and Mrs. Kennedy departed Hammersmith Farm amid a shower of paper rose petals. They traveled to New York to spend the night at the Waldorf Astoria before continuing on to Acapulco, Mexico for a two-week honeymoon.