I came from Iowa to Warsaw, Illinois, three weeks before the murder of Joseph and Hyrum Smith. I was quite a young man, not over twenty years old, and had not much experience in life. Sharp, and some others, persuaded me to call my name Boggs, a son of Governor Boggs, of Missouri. I agreed to do so, and then Sharp circulated all kinds of mean 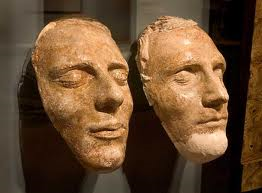 tales about the Mormons. He often said, in my presence, that there was a “young man that Jo Smith had his father shot,” which had a great influence to raise the prejudices of the people against the Mormons. He also persuaded me to join the company that was gathering there to meet the governor’s troops at Carthage, which I did. The time came when we had to march to Carthage. We marched about six or eight miles and met a man with orders from the governor, that we were not wanted and to return to our homes. This word enraged Capt. Sharp, as he was called, very much. He said all might go home that wanted to; but he would go to Carthage, if he had to go alone. He said Smith ought to be killed, and if he could raise men, it should be done before night; he was in jail, and now was the time. He then asked how many of those in the company would go with him to Carthage to commit this disgraceful deed. Clerk Burs, Snar Redman and Hoakes Middleton were the first to join Sharp. He then asked if the rest were all cowards. At that, about fifty or sixty went over to him, and myself with the crowd. Jack Davis said he was no coward, but he should not go in such a company, in a thing of that kind. He and several others went back. We then organized and moved for Carthage. We moved to a point of timber, west of Carthage, and waited for Williams to return, as he had gone on to see if there were any there who would oppose us. When we came to the timber, a man came to us on a large, white horse; he brought with him a note to Sharp, stating that he would not meet with any opposition. This paper was signed by W. A. Smith, the man that had charge of the company that the governor had left at Carthage to protect the Smiths until the day of their trial.

Sharp sent this man back, to learn if the guard at the jail would oppose him. The captain of the guard sent him a note, stating that their guns were all loaded with blank cartridges, and to fear no danger. This paper was signed F. Worrell.

We then marched to the jail, overrun the guard and rushed in the jail. The door of the room was closed by the Smiths so hard that we could not enter. One of our men shot through the door and a man fell back on the floor, I supposed dead, as he never made any attempt to rise. The door flew open; I saw two men in the room. We shot at them several times; at length one of them fell on the floor; the other jumped out of the window. I ran down the stairs to see where he was. When I got to him he was trying to get. up. He appeared stunned by the fall. I struck him in the face and said: “Old Jo, damn you, where are you now! I then set him up against the well-curb and went away from him.

Hoake and some other person shot him; whether it was Sharp, or not, I never could exactly learn; but I presume it was, as his gun was empty. We then left the jail. When we got a few rods from the jail, Sharp ordered all the guns loaded that were empty and he “loaded his.

I never can forget the frightened family that was in the jail. To think that a set of men would go in a house where there were two women and several little helpless children and commit the willful murder! It is too bad to think of it, and I wish I could never think of it.

Clerk said, before we got to the jail, he wished he could let the jailor know what they were going to do. Sharp said they were Jack-Mormons, and it made no difference.

I was led into this mean act by Sharp and others, at Warsaw. I can only say, I wish they had given me good advice in place of that they gave, as it has caused me to be an unhappy man ever since.

I here mention, when I went to Smith, after he fell out of the window, I dropped a pewter fife out of my hand and left it there. It belonged to a man by the name of Phelps, as I understand by some of our gang (though he was not one of our gang).

While we were in the timber, the man on the white horse brought a letter to Sharp, how to manage when he came to the jail, and spare none of them, as they were all four Mormons. This letter was signed A. Simpson. I could give the names of several more, but I will not do it at present. I will give my true name,

Mormons/Murder of Joseph and Hyrum Smith