December 15, 1939: Gone With the Wind Premieres in Atlanta

The Great Depression had swept through Georgia for a decade and a lot of the old hurt from General Sherman’s March to the Sea was still aching in Atlanta’s bones, but for three days in 1939 Stars “fell” on Atlanta and overshadowed, at least for a while, the looming troubles of the world. 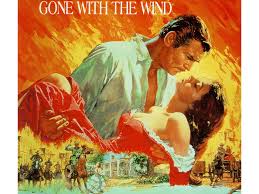 This is how TIME magazine reported the event:

Last week the cinema event for which the U. S. has palpitated for three years took place in Atlanta, Ga.—the premiere of Gone With the Wind.

Governor Eurith D. Rivers proclaimed a Statewide holiday, prepared to call out the National Guard. Atlanta’s Mayor William B. Hartsfield proclaimed a three-day festival. To Georgia it was like winning the battle of Atlanta 75 years late, with Yankee good will thrown in and the direct assistance of Selznick International (which made the picture).

Mayor Hartsfield urged every Atlanta woman and maid to put on hoop skirts and pantalets, appealed to every Atlanta male to don tight trousers and a beaver, sprout a goatee, sideburns and Kentucky colonel whiskers. He also requested citizens not to tear off the clothes of visiting movie stars, as happened in Kansas at the premiere of Dodge City.

While the Stars and Bars flapped from every building, some 300,000 Atlantans and visitors lined up for seven miles to watch the procession of limousines bring British Vivien Leigh (in tears as thousands welcomed her “back home”), Clark Gable, his wife Carole Lombard, Producer David O. Selznick, Laurence Olivier and others from the airport. Crowds larger than the combined armies that fought at Atlanta in July 1864 waved Confederate flags, tossed confetti till it seemed to be snowing, gave three different versions of the Rebel yell, whistled, cheered, goggled.

Highest point in the high jinks was a Gone With the Wind costume ball night before the premiere, attended by 6,000 celebrants, movie stars and executives galore, Governors of five former Confederate States.

Belle of the ball was Vivien Leigh, who nearly everybody agreed looked right like Scarlett O’Hara. Darkly grinning Clark Gable’s head was in a whirl. Hundreds of the prettiest little girls he had ever seen had surrounded him earlier. One looked at him a little too long, gasped: “Lord, I can’t stand this any longer,” fainted. An eleven-year-old girl, given a choice of getting a Christmas present or meeting Clark Gable, chose Gable. When Gable kissed her, she asked, “Now am I a woman?” …

Next night through the false front of tall white columns erected to make Atlanta’s Grand Theatre look like Tara (the O’Hara plantation in Gone With the Wind) streamed a privileged 2,031 who were going to see the picture whose title Hollywood had been abbreviating for three years as G With the W. They were conscious of participating in a national event, of seeing a picture it had taken three years to make from a novel it had taken seven years to write. They knew it had taken two years and something akin to genius to find a girl to play Scarlett O’Hara. They knew it had cost more ($3,850,000) to produce the picture than any other in cinema history except Ben Hur ($4,500,000) and Hell’s Angels ($4,000,000). They knew it was one of the longest pictures ever filmed (three hours and three quarters of Technicolored action). Above all, most of them knew by heart the love story of Rhett Butler and Scarlett O’Hara, and they were there to protest if it had undergone a single serious film change….

Though delighted Georgians clapped, cheered, whistled and wept at the historical sequences, Northerners might not. There had been protests from daughters of G.A R. veterans. But David Selznick was not worried. The advantage of filming two great legends in one picture was that he had two great pictures — a sure fire Rebel-rouser for the South, a sure fire love story for the rest of the country.

After the Hollywood press preview, Producer Selznick stood in the lobby, scanning the faces of the “toughest audience in the world” with as much eagerness as any tyro at his own first play.

Most of them were dabbing their eyes, and for those who were not the impact of the picture was too powerful to talk about.

Selznick got few comments. Perhaps he was unduly worried about the $5,000,000 the picture has to make before it begins to earn any profits at all. Perhaps he was worrying about something else. Night before, Producer Selznick made a confession that had the ring of truth. Said he of Gone With the Wind: “At noon I think it’s divine, at midnight I think it’s lousy.

Sometimes I think it’s the greatest picture ever made. But if it’s only a great picture, I’ll still be satisfied.”

TIME neglected to mention that, owing the “Jim Crow” laws in force at the time, Hattie McDaniel (Mammy) and Butterfly McQueen (Prissy) were not welcome at the premiere.