1.  The Jews, as a class violating every regulation of trade established by the Treasury Department and also department orders, are hereby expelled from the Department [of the Tennessee] within twenty-four hours from the receipt of this order.
2.  Post commanders will see to it that all of this class of people be furnished passes and required to leave, and any one returning after such notification will be arrested and held in confinement until an opportunity occurs of sending them out as prisoners, unless furnished with permit from headquarters.
3.  No passes will be given these people to visit headquarters for the purpose of making personal application of trade permits. 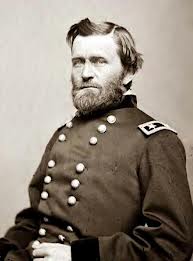 General Grant wrote to Christopher Wolcott, the assistant United States Secretary of War, that day to explain his reasoning:

“I have long since believed that in spite of all the vigilance that can be infused into Post Commanders, that the Specie regulations of the Treasury Dept. have been violated, and that mostly by Jews and other unprincipled traders. So well satisfied of this have I been at this that I instructed the Commanding Officer at Columbus [Kentucky] to refuse all permits to Jews to come south, and frequently have had them expelled from the Dept. [of the Tennessee]. But they come in with their Carpet sacks in spite of all that can be done to prevent it. The Jews seem to be a privileged class that can travel anywhere. They will land at any wood yard or landing on the river and make their way through the country. If not permitted to buy Cotton themselves they will act as agents for someone else who will be at a Military post, with a Treasury permit to receive Cotton and pay for it in Treasury notes which the Jew will buy up at an agreed rate, paying gold.”

Less than 72 hours after the order was issued, Grant’s headquarters at Holly Springs, Mississippi was raided, knocking out rail and telegraph lines and disrupting communication for weeks. As a result, news of General Orders No. 11 spread slowly, and did not reach company commanders or army headquarters in a timely fashion.

A copy of the expulsion orders finally reached Paducah, Kentucky 11 days after it was issued. All of the Jews in the city were handed papers ordering them “to leave the city of Paducah, Kentucky, within twenty-four hours.”

As they prepared for their exodus from their homes, one of the Jews, Cesar Kaskel, who was a staunch union supporter, dashed off a telegram to President Abraham Lincoln describing their plight. Lincoln, in all likelihood, never saw the telegram as he was busy preparing to issue the Emancipation Proclamation.

Kaskel decided to appeal in person. He sped to Washington and with help from a friendly congressman obtained an interview with the president, who turned out to have no knowledge whatsoever of the order.

Lincoln, it was reported, saw the situation in biblical terms.

“And so,” Lincoln is said to have drawled, “the children of Israel were driven from the happy land of Canaan?”

“Yes,” Kaskel responded, “and that is why we have come unto Father Abraham’s bosom, asking protection.”

“And this protection,” Lincoln declared “they shall have at once.”

Lincoln ordered General-in-Chief of the Army Henry Halleck to countermand the order. Halleck chose his words carefully when he telegrammed General Grant:  “A paper purporting to be General Orders, No. 11, issued by you December 17, has been presented here. By its terms, it expells all Jews from your department. If such an order has been issued, it will be immediately revoked.”

In a follow-up meeting with Jewish leaders, Lincoln reaffirmed that he knew “of no distinction between Jew and Gentile. To condemn a class,” he declared, “is, to say the least, to wrong the good with the bad.”

General Orders No. 11 came back to haunt Ulysses S Grant when he ran for president in 1868. Following his victory Grant released a letter addressing the issue:  “I have no prejudice against sect or race, but want each individual to be judged by his own merit. Order No. 11 does not sustain this statement, I admit, but then I do not sustain that order.”

Grant went on to speak out for Jewish rights on multiple occasions, and as President appointed more Jews to public office than all previous presidents combined.