March 9, 1841: The Supreme Court Frees the Men of The Amistad

In February of 1839, Portuguese slave hunters abducted a group of Africans from Sierra Leone and, in violation of all treaties then in existence, shipped them to Havana, Cuba. Fifty-three of the Africans were purchased by two Spanish 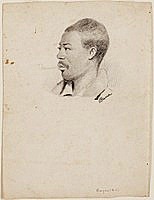 planters and put aboard the schooner Amistad for shipment to a Caribbean plantation. On July 1, 1839, the Africans seized the ship, killed the captain and the cook, and ordered the ship’s navigator to sail to Africa.

The navigator headed north instead. On August 24, 1839, the Amistad was seized off Long Island, NY, by the U.S. brig Washington, and the Africans were imprisoned in New Haven on charges of murder.

The murder charges were dismissed, but the Africans continued to be held as the focus of the case

Claims to the Africans by the planters, the government of Spain, and the owner of the brig led to a trial in the Federal District Court, where the court ruled that the claims to ownership of the Africans as property were not legitimate because they were illegally held as slaves. The case went to the Supreme Court where former President John Quincy Adams argued the defendants’ case. On March 9, 1841 the Supreme Court decided that the men were natives of Africa and were born free and always had been and still held the right to be free and could not be held as slaves. 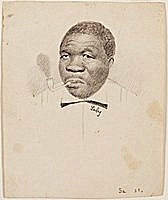 New Haven resident William H. Townsend sketched the Amistad captives while they were awaiting trial – Twenty-two of these drawings can be seen at the Beinecke Library at Yale. 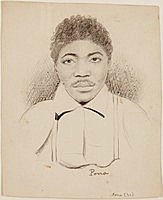 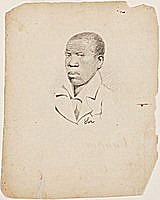 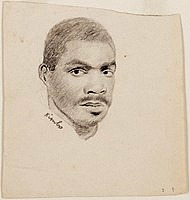 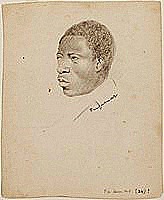