October 6, 1817: Thomas Jefferson lays the Cornerstone for the University of Virginia

It is safer to have the whole people respectably enlightened than a few in a high state of science and the many in ignorance.
–Thomas Jefferson

Thomas Jefferson, James Monroe, and James Madison led a small parade of judges, attorneys, Freemasons, and a musical band to a rocky ridge about a mile west of Charlottesville, Virginia, and, with nearly everyone from the small town watching, they ceremoniously set a cornerstone in John Perry’s field. 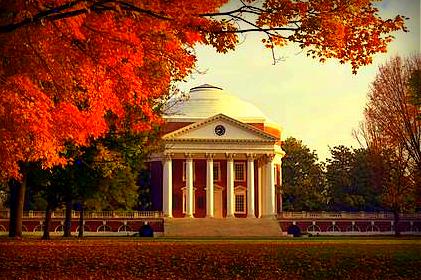 Jefferson thought it was a fine site. “I rode to the grounds and was much pleased with their commanding position & prospect. A small mountain adjacent is included in their purchase, & is contemplated as a site for an astronomical observatory, and a very remarkable one it will certainly be. The whole purchase is of 200 acres which, besides an Observatory and building grounds, will afford a garden for the school of botany, and an experimental farm for that of agriculture.”

Virginia’s General Assembly had recently altered the charter of Albemarle Academy to establish a new school, and in another year it would officially be designated the University of Virginia. It would be another eight years before students began classes, but the vision of a truly public university had been germinating in Jefferson’s mind for years.

Jefferson had attended the College of William and Mary in the 1760s, and he served on the college’s Board of Visitors when he became Governor of Virginia. William and Mary however, had been established to train Anglican clergy as Harvard had been established to train Congregationalist ministers, and Jefferson believed that the primary focus of the curriculum should be scientific, rather than spiritual, knowledge. To Jefferson, ignorance was the enemy of freedom, and he wanted to correct the defects of educational institutions based on European models.

Keeping with these views Jefferson drew up plans for an institution which included neither church nor chapel in his design. He imagined an “academical village” clustered around a tree-lined lawn – a terraced green space surrounded by residential and academic buildings and gardens. The buildings would be classically inspired, and the focal point of the village would be the “Rotunda,” modeled after the Roman Pantheon. Construction was begun on six pavilions – professors’ residences and lecture halls, hotels for dining, and student dormitories. It was agreed that all the buildings be completed before the university opened.

Finally, Jefferson’s “Rotunda” was built, and Jefferson developed a list of 7,000 books to fill its library. On November 5th, 1824 when the Marquis de Lafayette visited as part of his grand tour, he and Jefferson and James Madison and four-hundred guests celebrated in the top floor of the almost-completed Rotunda.

Learning was to be more than students’ recitation of facts memorized from professors’ lectures. The goal was “to form the statesmen, legislators and judges, on whom public prosperity and individual happiness are so much to depend; To expound the principles and structure of government, …and a sound spirit of legislation, which…shall leave us free to do whatever does not violate the equal rights of another; to harmonize and promote the interests of agriculture, manufactures and commerce…; to develop the reasoning faculties of our youth, enlarge their minds, cultivate their morals, and instill into them the precepts of virtue and order; to enlighten them with mathematical and physical sciences, which advance the arts and administer to the health, the subsistence and comforts of human life; and, generally, to form them to habits of reflection and correct action, rendering them examples of virtue to others and of happiness within themselves.”

Thomas Jefferson was enormously proud of his contribution to Virginia’s public university. When he wrote the epitaph for his grave, he omitted the fact that he had served two terms as President of the United States. He recorded only that he was: “Author of the Declaration of American Independence, Of the Statute of Virginia for Religious Freedom, and the Father of the University of Virginia.” 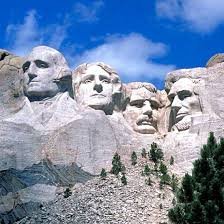