My friend, I do not blame you for this. Had I listened to you this trouble would not have happened to me. I was not hostile to the white men. Sometimes my young men would attack the Indians who were their enemies and took their ponies. They did it in return. We had buffalo for food, and their hides for clothing and for our tepees. We 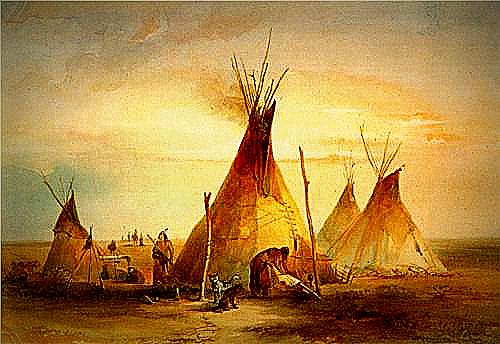 preferred hunting to a life of idleness on the reservation, where we were driven against our will. At times we did not get enough to eat and we were not allowed to leave the reservation to hunt. We preferred our own way of living. We were no expense to the government. All we wanted was peace and to be left alone.
Soldiers were sent out in the winter, they destroyed our villages.

The “Long Hair” [Custer] came in the same way. They say we massacred him, but he would have done the same thing to us had we not defended ourselves and fought to the last. Our first impulse was to escape with our squaws and papooses, but we were so hemmed in that we had to fight. After that I went up on the Tongue River with a few of my people and lived in peace. But the government would not let me alone.

Finally, I came back to the Red Cloud Agency. Yet, I was not allowed to remain quiet. I was tired of fighting. I went to the Spotted Tail Agency and asked that chief and his agent to let me live there in peace. I came here with the agent [Lee] to talk with the Big White Chief but was not given a chance. They tried to confine me. I tried to escape, and a soldier ran his bayonet into me. I have spoken.

Source: Literature of the American Indian by Thomas Edward Sanders and Walter Peek